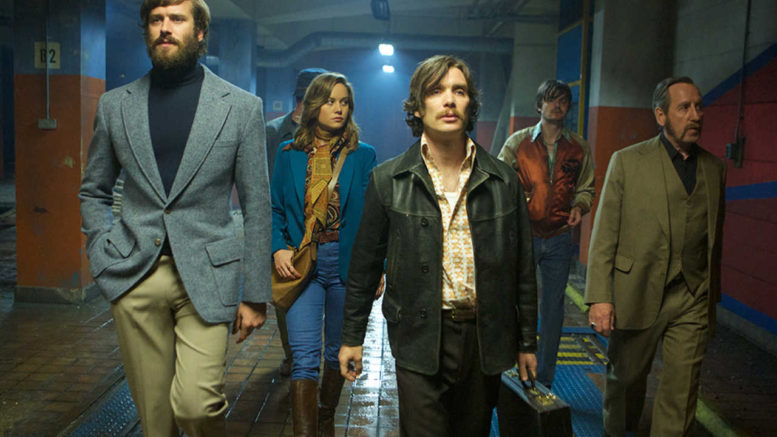 Well, that was an hour and an half of pure, chaotic madness! Free Fire is an action comedy set in 1970’s Boston, where a simple gun exchange in an abandoned warehouse, turns into a frantic shootout with both parties exchanging bullets…and witty banter.

There is not much to the plot of this movie, but that is OK because it more than makes up for it in terms of pure absurdity in its action scenes. Which might I say, are expertly shot! The editing in this movie is fantastic, with long wide shots showing off the utter carnage, as well as chaotic close ups with hardly any shaky-cam quick cuts, which usually take you out of the action of most modern day shoot-’em-ups.

The cast are all brilliant in this movie, with the stand out being Sharlto Copley’s Vernon. He steals the show in every scene he is in with his humour and one-liners. Every actor is constantly exchanging jokes and witty remarks, which are very sharp, funny and well written. Brie Larson also holds her own, amongst her male co-stars, being both funny and bad-ass as usual.

The setting of the film is very simple but expertly used to create tense scenes of characters dragging their bullet-ridden bodies to and from cover, producing some very funny moments. Although pretty much all of the characters have Stormtrooper aim, nobody is magically dodging bullets, commonly seen in most generic action movies.

Overall I had a great time watching this movie, the action was very cartoony, with the zip and ping of each bullet flying past making me, on occasions, duck in my chair. One thing I will say is don’t go into this film expecting an Oscar-worthy plot, it is simply about two groups of fired-up individuals trying to kill each other or get out alive.