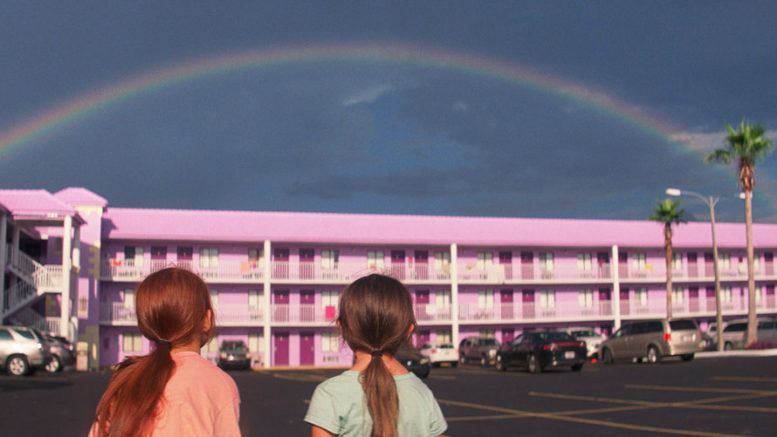 The Florida Project (15) is set over one mischievous summer for six-year-old Moonee (Brooklynn Prince) and follows the adventures of her and her rebellious friends while she bonds with her reckless mother Halley (Bria Vinaite), all while living on the outskirts of the Happiest Place on Earth; Disney World.

This movie was astonishing. From the acting, to the cinematography, to the locations, to the dialogue; it was a triumph. It was both hilarious and harrowing. This is a 100 per cent character-driven film that goes from expertly capturing the innocence of the children in a variety of funny ways, to delivering a very powerful and visceral depiction of the millions of people in America living on the fringes of society, struggling just to get by.

If this movie doesn’t get a few Oscar nods, then I will be shocked. All three of the main characters deserve a nomination. Prince is remarkable. Her performance felt so real and authentic I wouldn’t be surprised if director, Sean Baker, just told her to say whatever she wanted, that’s how natural her performance felt. She steals every scene she’s in and it was refreshing to watch a movie through a kid’s eyes. We get to see the joy and excitement as these kids explore the world around their home, and we get to hear their innocent giggles in a very pure and realistic way.

Newcomer Vinaite, discovered by Baker on Instagram as he felt she had the right look for the character, was captivating. You either love or hate her character, but seeing her parenting skills go from terribly irresponsible to the realisation of what the world requires from her as a parent was very effective. Her relationship with Moonee was fantastic. It didn’t even feel like a mother and daughter but more like sisters and when she comes to terms with the struggles of raising a kid in these circumstances it is done in a very subtle yet authentic way (“pepperoni costs money”).

Willem Dafoe plays the motel manager Bobby. His performance was brilliant with his character playing multiple roles; father figure, rent collector, negotiator of arguments and knight in shining armour, especially in one scene where he protects the children from “monsters” that lurk in the world. It was a very uncomfortable yet influential scene where we get to see how much he cares about his tenants, and how emotionally involved he is in their lives, even if he doesn’t show it. Give this man an Oscar!

The locations, set design and cinematography were fantastic. This world was filled with vibrant colours and quirky locations all captured in a very interesting way. Wide shots of gift shops, swamps, abandoned homes and ice cream parlours showed how big the world was. There were even times where we were shown a location with what felt like real people and real interactions, one scene where Halley is trying to sell perfume actually looks like Baker said, “go up to random strangers and try to sell them perfume”.

Overall, this was a masterpiece in film-making. Tremendous performances all round, gorgeous scenery, hilarious comedy and some truly heart-breaking scenes. Baker explores a version of homelessness that hasn’t been touched upon before in a very refreshing and enlightening way.