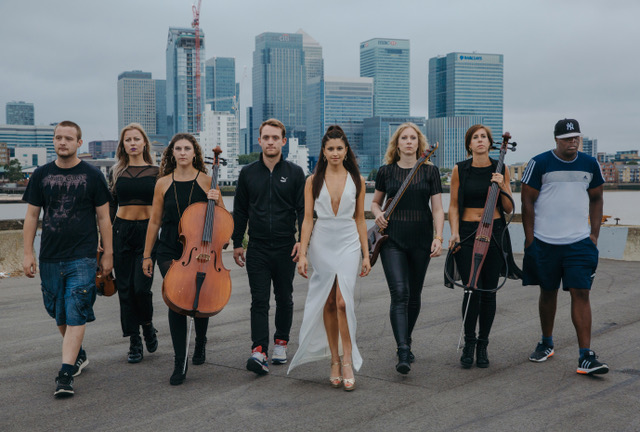 Priory Park Festival chief Robin Bextor has predicted that the latest act so sign up for the keenly anticipated jamboree “will go down a storm”.

Josephine and the Artizans (JATA) will join the line up on Sunday 9 July at the shin-dig, which is part of the Festival of Chichester. And Bextor, dad of pop star Sophie Ellis-Bextor.

The critically acclaimed group have made a name for themselves after fusing hip-hop with classical music, coining the term “hip-hopera” And Bextor said: “I am delighted to be able to bring JATA to the Festival and to Chichester. Theirs is a unique sound that has huge appeal and I know that they will go down an absolute storm.”

JATA’s act consists of classical strings, heavy beats, operatic vocals and energetic rap. They have supported artists including Tom Jones, Paloma Faith, The Fratellis and Tom Odell on the main-stages of the UK’s biggest music festivals. They have recently been selected by Tom Robinson on BBC 6 Music, BBC 3 Counties, and Premier Radio.

Josephine said: “We are really excited about playing Chichester and thrilled to be part of such a varied and exciting line up. I hope lots of families come, especially those who say classical and rap can’t mix – prepare to be challenged! It also gives us a chance to play before a great audience.

“The reputation of the Priory Park Festival is growing; appealing especially to musicians who want to do something slightly different. We heard that both The Feeling and Sophie E B played last year, so we were gagging to be on that stage, in that great park. We have some new songs to try and some you will recognise, so welcome all!”

The festival takes place on 7, 8 and 9 July, and boasts two stages, with headliners including Tony Christie, The Stranglers’ Hugh Cornwell, S Club, Dodgy, Georgie Fame, Deborah Bonham and The Christians.

Tickets: www.prioryparkfestival.co.uk, or in person or by phone at the Novium (Tower St, Chichester) or 01243 775888 – option 1. Tickets discounted for all carers and children under 11 go free with an accompanying adult. Doors open at 5pm on the Friday and 1pm on the Saturday and Sunday. All music concluded by 10.45pm, earlier on the Sunday. The Festival will also boast attractions like bouncy trampolines and children’s rides.