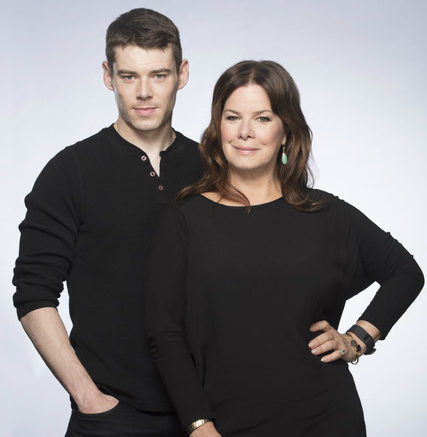 The confirmation that the acclaimed actress will play Alexandra, and Brian J. Smith will play Chance, came as the full casting has been announced for play, directed by Jonathan Kent, running a from 2–24 June.

The play is set in 1956, in a hotel on the Gulf of Mexico. Alexandra del Lago, a fading Hollywood legend, has fled the ridicule that greeted the premiere of her come-back movie. Desperate for anonymity and forgetfulness, she is holed up in a small seaside town on the Gulf of Mexico. With her is Chance Wayne – a young hustler, trying to lend his wasted, disreputable life some meaning and now returning home to reclaim his childhood love from her ruthless father, the corrupt politician ‘Boss’ Finley.

In perhaps his most searing and personal of plays, Tennessee Williams examines failed ambition, lost youth and love, and the corruption and bigotry that lurks beneath the American Dream. As the present-day United States faces uncertainty and momentous change, Sweet Bird of Youth is a portrayal of the degradation of American values and the corrosive lure of celebrity.

Marcia Gay Harden’s many film roles include the artist Lee Krasner in Pollock, for which she won an Oscar for Best Supporting Actress; Celeste in Mystic River, for which she received another Oscar nomination; Miller’s Crossing, The First Wives Club, Meet Joe Black, Mona Lisa Smile, The Hoax, Used People, Grandma, Into the Wild, American Gun, Fifty Shades of Grey and Fifty Shades Darker.

She stars in the CBS drama Code Black, while earlier television work includes The Courageous Heart of Irena Sendler and Law and Order: SVU, for both of which she received Emmy Award nominations, and the critically acclaimed HBO series The Newsroom.

Brian J. Smith, earned Olivier and Tony Award nominations for his role as the Gentleman Caller in Tennessee Williams’ The Glass Menagerie, a role he first played on Broadway and is currently reprising in the West End. His screen work includes Trey in the independent film Hate Crime; Matthew Scott in the TV series Stargate Universe; and Will Gorski in Netflix’s Sense8, of which a new series starts in May.

Director Jonathan Kent returns to Chichester following his hugely successful productions of the Young Chekhov Trilogy (Evening Standard Award for Best Revival), Gypsy and Sweeney Todd (both of which won Olivier Awards for Best Musical Revival) and Private Lives, all of which transferred to London. He was Joint Artistic Director of the Almeida Theatre from 1990 – 2002.

The production will be designed by Anthony Ward, with lighting by Mark Henderson, music by Debbie Wiseman, sound by Paul Groothuis and video by Andrzej Goulding.

Trench warfare, satire and songs make The Wipers Times deserving of a mention in Chichester dispatches