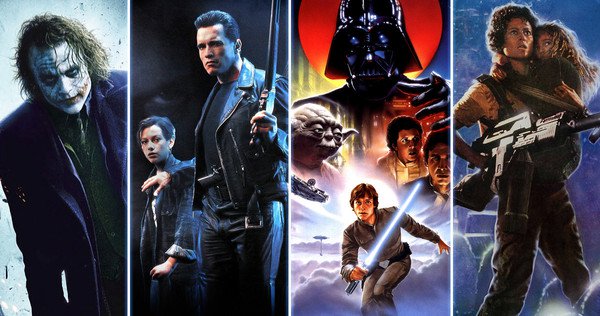 Sequels… Hollywood love them! Some of my favourite movies are sequels but with the movie industry churning them out left, right and centre, it asks the question; Has Hollywood ran out of ideas?

Kingsman: The Golden Circle is the latest continuation of the action-comedy extravaganza that was Kingsman: The Secret Service, a surprise hit of 2014. It looks like it’s going to be a good one so with that in mind I thought I’d fire out a few great movie sequels.

Some of these picks could potentially be considered as better than the original. They aren’t in any particular order…

DIE HARD WITH A VENGEANCE

The Die-Hard franchise has had a good run, started with a bang, and possibly ending with a whimper. The third instalment expanded the one guy, one location formula that worked for the first two outings, and gave us a bigger playground for our heroes to operate in, New York City. Oh and Samuel L. Jackson. He and Bruce Willis have great chemistry, exchanging banter almost constantly. Willis’s McClane has gone from a one-man army to a muddled wreck in this one, and if he had to team up with someone to stop a terrorist I’m glad it was Jackson. A good story, with the return of the Gruber family as the villain and thrilling action set pieces all made for a solid sequel.

The ending of Batman Begins teased The Joker, so to say I was hyped was an understatement. You could watch this as a superhero film, but it can stand alone as a superb crime-thriller. Bale is once again brilliant as the caped crusader and adding in Heath Ledger’s iconic performance as the clown prince of crime made for a worthy match up. Ledger’s Joker was hands down one of the most impressive and astonishing piece of acting I’ve ever seen. Incredible practical effects in the action set pieces, a ground-breaking performance from the villain, as well as other fine performances from the whole cast, make The Dark Knight the best comic book movie ever made.

Whenever someone asks me to name a sequel better than the original, this is my go-to answer. That’s not to say the first one is bad, it’s not. James Cameron’s T2 flips the script essentially, delivering a different movie whilst still feeling like part of the franchise. The pacing is great, the action is fantastic, and it has some of the most quotable lines in cinema history. Switching it up and having Arnie as the hero this time round was cleverly done, and having Robert Patrick’s cold, intimidating T-1000 as the villain, whose special effects still hold up to this day, was great.

BEST. ACTION. MOVIE. EVER. The Raid 2 expertly builds on the lore introduced in the first film. Where the first one was balls out action, the sequel expands and fully fleshes out the story to become a solid crime-thriller. The action is jaw-dropping, watching these scenes play out left me speechless and sometimes out of breath! God knows what the actors felt like filming them. The fight choreography was flawless, with some memorable scenes including the epic kitchen fight and prison scene. With a body count of 327, I expect the yet-to-be announced Raid 3 to double that easily, please let there be a Raid 3 one day.

The best sequels completely expand on the original in every way. Story, action, and characters all get fleshed out. Empire Online said it best “(Empire) is the point where Star Wars went from being popcorn fun to something mythical and able to inspire 40 years of utter devotion”. The sequel introduced memorable characters, including Yoda, Boba Fett and Lando Calrissian. Stunning action, with the Battle of Hoth being a stand out. A much more thrilling lightsaber fight, as opposed to two old guys poking each other with sticks in A New Hope. Finally, I challenge you to name a more iconic quote than “Luke, I am your father”. But was it better than the original? Some people agree and some don’t. I personally think it is.

James Cameron is back on this list switching it up on another popular franchise. This time it’s changing the Alien formula from claustrophobic space-horror, to chaotic sci-fi action. The characters are fantastic, all getting good character development and with the majority of them being fleshed out, at least they felt like real characters before a face-hugging, chest-bursting, acid-veined Xenomorph viciously offs them. The action was awesome, and the story was great. Better than the original in my opinion but shouldn’t be directly compared to the 1979 classic, as it stays true to the spirit of its predecessor but does enough to make it its own. Top tip: Don’t threaten a random little girl you find on a spaceship, otherwise Sigourney Weaver will come at you in a mechanised death machine.