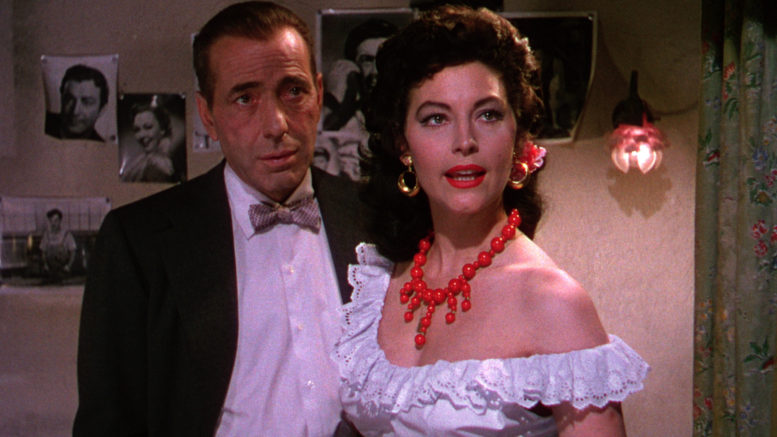 As part of their Masters Of Cinema series, Eureka Entertainment are releasing a dual format edition of the 1954 film The Barefoot Contessa, starring Humphrey Bogart and Ava Gardner. Harry Dawes (Bogart) is a down on his luck writer-director who meets a Spanish dancer while scouting for talent for a new movie for his egotistical and ungrateful producer.

Under the direction of Joseph L Mankiewicz, the movie is told through a series of flashbacks from various involved characters, telling the rise and fall of fictional actress Maria Vargas (Gardner). What follows is an unusually deep and serious portrayal of the film industry, told from many sides.

The trailer tries to sell it as a glamourous piece of cinema, but it felt like anything but in the underbelly. It’s an intriguing melodrama with pinches of satire, dry humour and sadness; topped off with likable characters and poetic dialogue.

The pacing is sometimes a little slow and bleak, but the climaxes to what it sets up are worth it. The tone, in acting and cinematography, has more in common with a black and white noir, but the use of colour and set design make for a glamourous viewing. The addition of several European on location scenes add to the aesthetic. 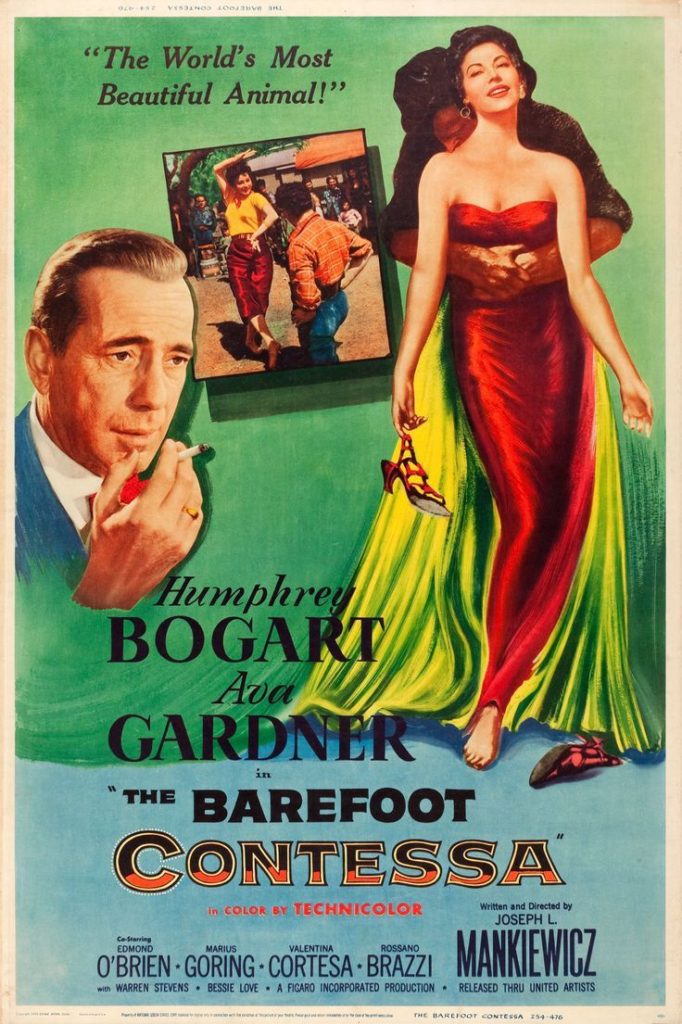 A poster from the original movie release

As for the performance of the actors, Gardener manages to encompass the role of a beautiful movie star with a soulless edge, while Bogart is as you would expect. For the supporting cast, praise must go to Edmund O’Brien, who won an Oscar and Golden Globe for his performance as slimy but lovable publicist Oscar Muldoon.

He might not be the most recognisable face in retrospect, but he shines here. Surprisingly, there is a smattering of European actors from all over; adding to the varied flavour. As part of this, there is an unexpected cameo by British actor Bill Fraser, familiar to many West Sussex locals, due to his theatre connections with Worthing and Chichester. Although his appearance is brief, he represents the British end of the film industry respectably.

Vintage nostalgia releases are 10 a penny these days, but very few manage to reach the quality that the movie deserves. This is often down to the quality of the print supplied to the publisher, and the way in which it is handled. The picture quality is simply stunning, especially when you consider the age of the material.

However, there are a few drawbacks which could have been avoided but not entirely necessary. The dark and moody setting of most of the scenes hide it, but the movie does occasionally suffer from screen flicker when in bright situations. The sound is as good as you will find in a 1950s Hollywood movie, but the narration does occasionally suffer from being a tad muffled or quiet.

Besides the movie, the Blu-Ray features an archival interview with the director, the original theatrical trailer and a separate booklet with essays and archival material. The special features are a little lacking, but it is to be expected with a film of this age. Overall, the quality of this release is of a high standard.

In conclusion, don’t be fooled by the apparent glossy nature of the movie. It has a large amount of grit and heart that is unexpected, but certainly a pleasant surprise. It has an intriguing intelligence and subtlety that takes a bold hit at the industry it is portraying.

While the film has been released physically before, this is its first time on Blu-Ray. Whether it is worth investing in is up to the consumer, as it depends what you expect. If you’re looking for the best way to experience the film, this might be it!

This review was written using a pre-press promotional copy of the film, and some elements may differ from the finished product.

University Of Chichester Alumnus Jamie Dyer is an experienced radio host of over 10 years, best known for founding the SouthWaves Radio brand. He is also an avid writer, musician and performer.