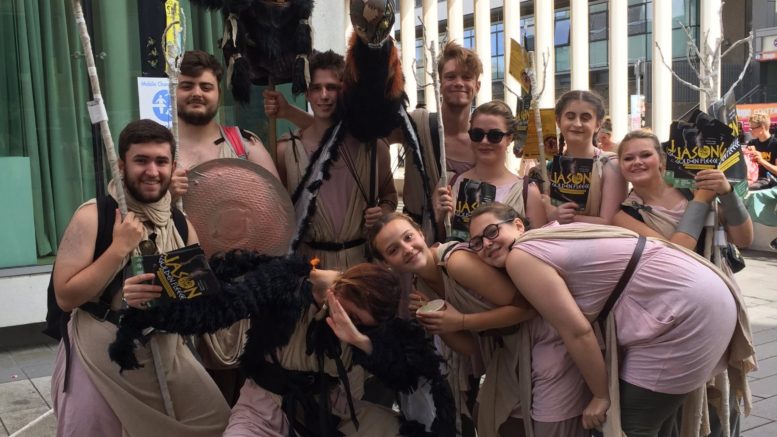 Chichester College students wowed audiences – and even sold out their first show – at this year’s Edinburgh Fringe Festival.

They travelled to Scotland to perform their version of Jason and the Golden Fleece at Greenside at Nicholson Square from Monday 21 August to Saturday 26 August.

They used a stunning array of puppets – of all sizes – to help bring to life the classic Greek myth, taking audiences on an epic journey as Jason and his crew of heroes battled giants, harpies and an army of soldiers.

It was the first-time Chichester College students have taken a show to Edinburgh, and they soon found their footing with their audiences growing in size each day until they sold out their final show.

Owen Crawford, who is studying performing arts at the college, played a number of roles in the show, as well as controlling several of the puppets.

He said: “It was such a good opportunity for us – a real eye-opener and it confirmed that this is what I want to do for a career.

“It was fantastic to sell out our last show, which showed the progress we made over the week – we got a lot of attention when we took the puppets out into the streets to promote the show.” 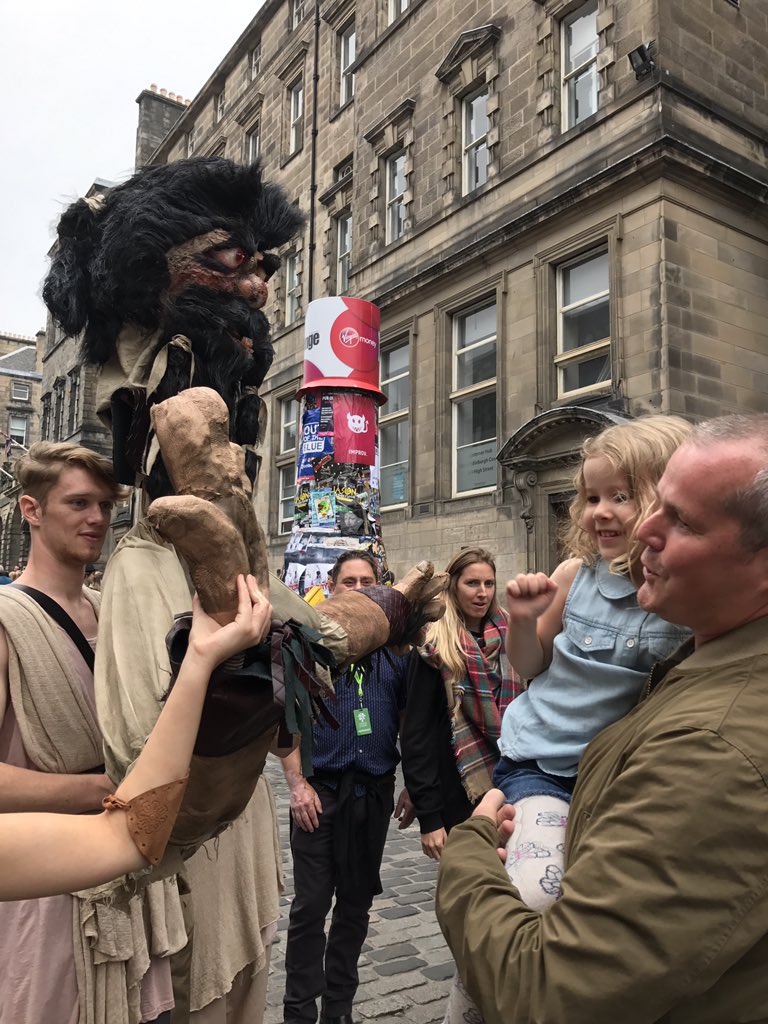 Leo Boller, a fellow cast member, added: “It was a great experience, not just performing but also being part of a company – working together and living together, much like you would as part of a touring show.

“I really enjoyed it and I would love to perform at the festival again. We saw loads of shows – some were really incredible and there was lots to see and learn from.”

Andrew Green, Executive Principal at Chichester College, spent the week with the students and said: “It was a fantastic experience for our students and they really learnt a lot in a few days!

“It’s one thing to put on performances at college, but another to take a show to the other end of the country and compete against some of the best new shows and I’m extremely proud of the way they rose to the challenge.

“They were very pro-active, taking regular ‘puppet walks’ during the week to help raise the profile of the show and entice families to come along to the show – and the crowds seemed to react really well to it.

“We had some brilliant feedback from audiences and to sell out the final performance was the icing on the cake. They should be really proud of what they’ve achieved.”

The students worked with staff at the college to write, produce and design the show, set and costumes themselves. They were joined in Edinburgh by four stage managers from the college.