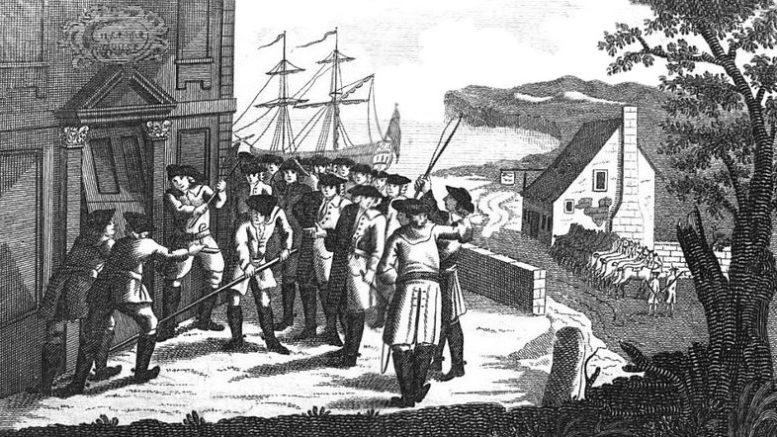 Gruesome murders, executions and tales of smuggling feature in the brutal history of the infamous Hawkhurst Gang at a new exhibition in Chichester.

The colourful past will be brought to life at The Novium Museum from 16 November when the untold stories of local smugglers and their victims in the area are brought to life.

Visitors can find out how the Hawkhurst Gang smuggled contraband along the coast and committed some shocking killings. The gruesome ends of many local victims will be featured in the exhibition including William Galley, a customs officer; Daniel Chater, a witness to one of the Hawkhurst Gang’s murders; and a local man from Yapton who was violently assaulted for allegedly stealing tea.

The Hawkhurst Gang finally met their match at the Chichester Guildhall in 1749 where the ringleaders were tried, convicted and sentenced to execution. Their bodies were displayed in gallows across the district as a warning to others. The exhibition also looks at the crime and punishments smugglers faced at the time.

Visitors can take part in a variety of interactive activities at the exhibition including: a trail for children; a selfie corner with a backdrop and props; design a ‘”wanted” poster; dressing up costumes for adults and children; and puppets.

The exhibition will feature an illuminating set of objects from the Novium Museum’s own collections such as a cutlass, a smugglers’ talisman and copper printing plates which tell the story of the Hawkhurst Gang’s raid on Poole Customs House. The exhibition will also feature objects loaned from the West Sussex Records Office and Littlehampton Museum.

Councillor Eileen Lintill, cabinet member at Chichester District Council, said there was an air of excitement around the launch of the exhibition. She added: “Many residents in the district are unaware of the significant role our city, towns and coastline played in the history of smuggling so I would encourage residents and visitors alike to come along and learn about a vital part of our history that has remained hidden for so long.

“This is just one of the museum’s many fascinating exhibitions including our hugely popular Tim Peake exhibition.”