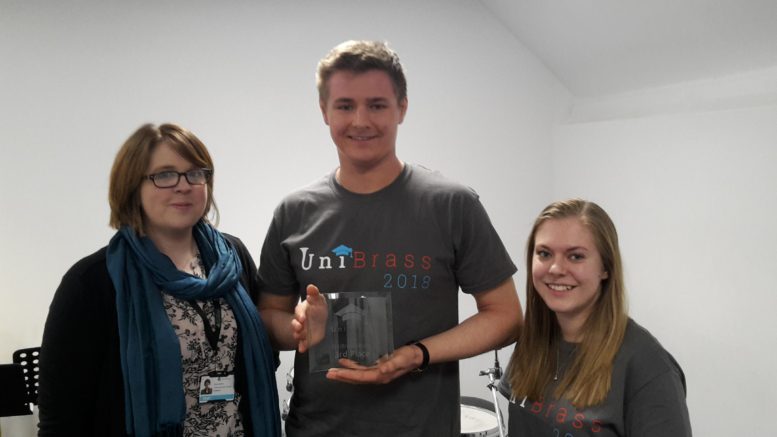 Graduate Emma Button and the University of Chichester’s brass band hit the right notes to ensure they came third in a music competition.

Universities from around the country descended upon the York Barbican in York to take part in the UniBrass competition.

The bands will take part in the Trophy and Shield sections, with some bands coming from music departments and some being student-led societies.

Quizzed in an interview with Southwaves Radio, Emma was asked how she felt before and after the performance. She said: “Entertainment contests are hard to judge because everyone plays a different program and everybody’s idea of entertainment is very different.

“We weren’t sure how the adjudicators would take the performance, but they really enjoyed it and we came third so it’s just a great surprise.”

Emma is the conductor of the university’s brass band and she graduated from the same institution six years ago. And she was joined by second year student and solo trombone player, Lars Thorkildsen, and Joy White, music performance student and principal cornet.

Competing in the Shield section, Chichester chose to do five pieces, instead of the usual four, for their 20-minute showcase.

Emma added: “Lots of bands pick themes but we just went for an entertaining program including; Putting on the Ritz by Irving Berlin, Billy Joel’s lullaby by Lars and trombone section.

“We mixed it up and did some Beatles, some Paolo Nutini, and then we did a classic arrangement of Amazing Grace.” 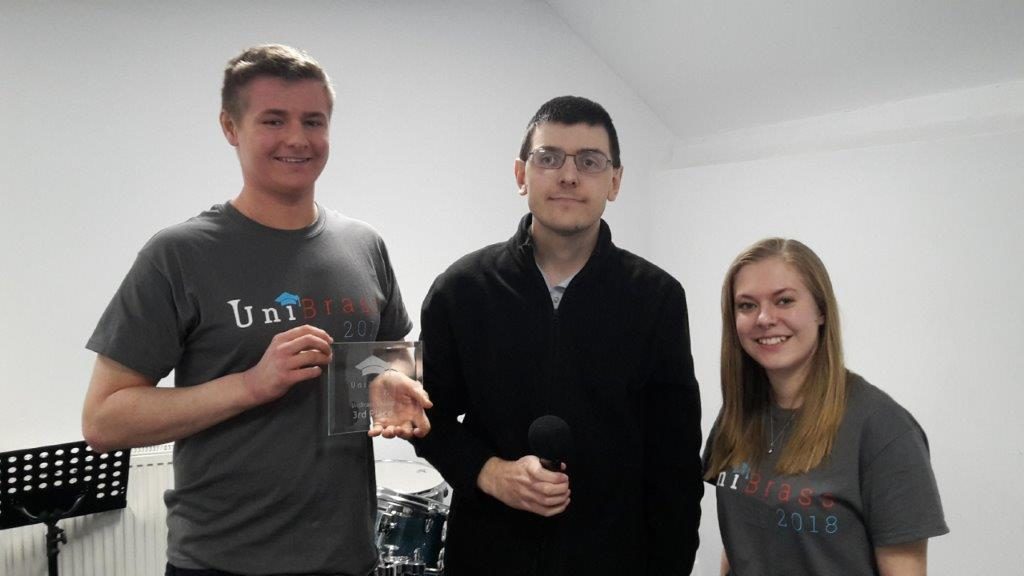 Coming third was an amazing achievement for the university considering how it went last year, says Lars.

He explained: “Last year was the first year we went and unfortunately we came ninth but we beat Cambridge so that was the bonus for us to take away from the weekend but this year we came up and felt a lot more prepared.

“We knew what we were going to do, and we came third overall which was really good, and Joy went up to accept the award and we were all at the back chanting and making fools of ourselves.”

In addition to this, Joy said: “It was a really nice surprise to come third, we worked so hard all year round from September onwards, put so much effort into it, so to come third was a massive achievement for us.”

In the interview with radio host Jamie Dyer, Joy was asked what she would say to someone wishing to take up a brass instrument.

She said: “A brass instrument is a very loud instrument, you can be heard from a long way away and it takes a lot of effort to get really good but it’s so worth it in the end. You can play in orchestras, bands, you can do jazz, classical, you can do most genres of music and it’s a brilliant thing to do.”

As well as competing, the band also play for people’s dissertations. But the next big thing for them is the concert they have coming up towards the end of May.

While no date has been confirmed yet, they are set to team up with Verwood Concert Brass, a top-level brass band whose conductor, Kevin Smith, is an instrumental tutor at the university.