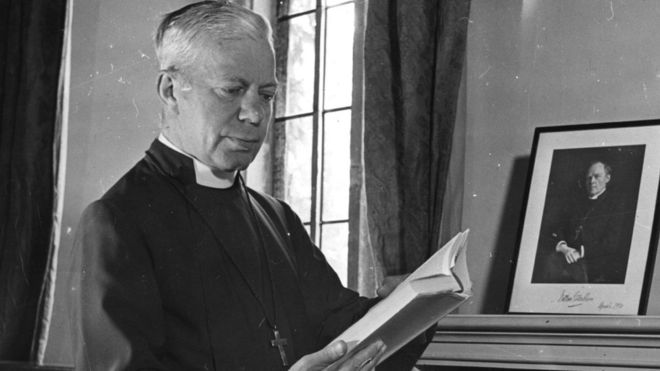 The relatives of former Bishop of Chichester George Bell have been given an apology from the Church of England for the manner in which it investigated child abuse claims made against him after his death.

Bishop Bell, who passed away in 1958, was alleged to have repeatedly abused a young girl. She formally complained in 1995 and was given an apology and compensation from the Church some 10 years later.

A report is due to be published later today into the handling of the case and is expected to be critical of the Church’s actions.

The current Bishop of Chichester the Right Reverend Martin Warner praised the dignity and integrity of Bishop Bell’s accuser ahead of the publication of Lord Carlile’s report. He added that the Church probe paid “inadequate attention to the rights of those who are dead”.

The allegations against George Bell are said to have been first made by the victim, known as “Carol”, in 1995, but were not investigated or passed on to the police.

The bishop started abusing her when she was five and went on for four years, she said. It is claimed he molested her in Chichester Cathedral as she sat listening to stories.

She wrote to the Archbishop of Canterbury, Justin Welby, in 2013 and the matter was referred to the police. The Church paid £16,800, two years later, in an out of court settlement and apologised to Carol.

But the “George Bell Group” of supporters of the former bishop sought and gained a review into how the Church arrived at that decision.

Bishop Warner said in a statement: “We welcome Lord Carlile’s assessment of our processes, and apologise for failures in the work of the Core Group of national and diocesan officers and its inadequate attention to the rights of those who are dead.

“The emotive principle of innocent until proven guilty is a standard by which our actions are judged and we have to ensure as best we can that justice is seen to be done.

“Irrespective of whether she is technically a complainant, survivor, or victim, ‘Carol’ emerges from this report as a person of dignity and integrity. It is essential that her right to privacy continues to be fully respected.”

The Church also repeated its apology for failing to report Carol’s allegations to the police when she first came forward in 1995.