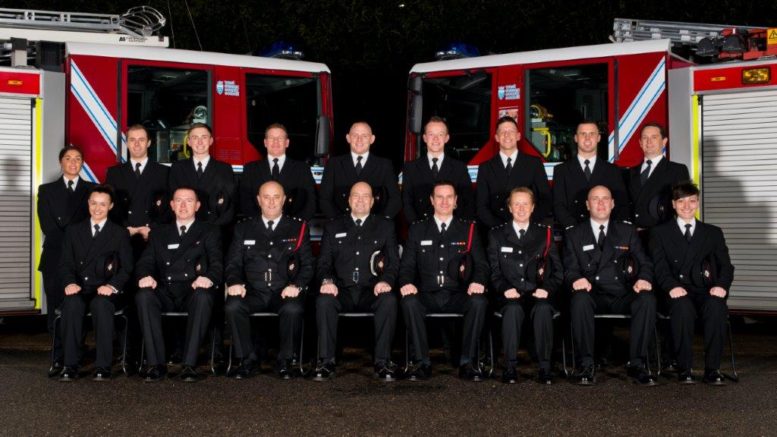 Chichester recruits have been rewarded for all of their hard work and welcomed into the West Sussex Fire & Rescue Service in a ceremony attended by friends and family.

He said: “It is clear to see our new recruits have been provided with the best skills and knowledge available. They now head to their respective home stations ready to respond to emergencies, to provide education and safety awareness and to protect vulnerable people in their own homes.

“A huge thank you must go to our brilliant team of instructors and staff who have worked tirelessly behind the scenes to make not just this pass out parade, but also the full training course, such a success. We welcome this talented set of recruits into the WSFRS family with open arms, we are lucky to call each and every one of them our own.”

This ceremony was held to celebrate the completion of the demanding 14-week residential training course. As well as learning all the important skills they need to be a firefighter, they also accomplished a task that involved them pulling a 12-tonne fire engine around a four-mile course.

The impressive feat was undertaken to raise money for The Fire Fighters Charity and the new guys managed to raise more than £700. The end of December will be when these recruits join their new fire houses, stationed across West Sussex.

Alex Aylen, who hails from Bognor Regis and used to manage a local Tesco, is set to join the Chichester station. Mark Figg, who lives in Chichester and has been a retained firefighter for the last seven years, will join the Shoreham station.

Daniella Hodge, who used to manage a bar and is from Selsey, will be starting her watch at Chichester. Jack Magee, a Chi man who is a mixed martial artist and runs his own MMA academy, will temporarily be working at Worthing’s station.

Finally, Ashley Taylor, from Chichester, is following in his father’s footsteps by becoming a firefighter. Ashley, a former chef in a Michelin star restaurant, will be stationed at Littlehampton.