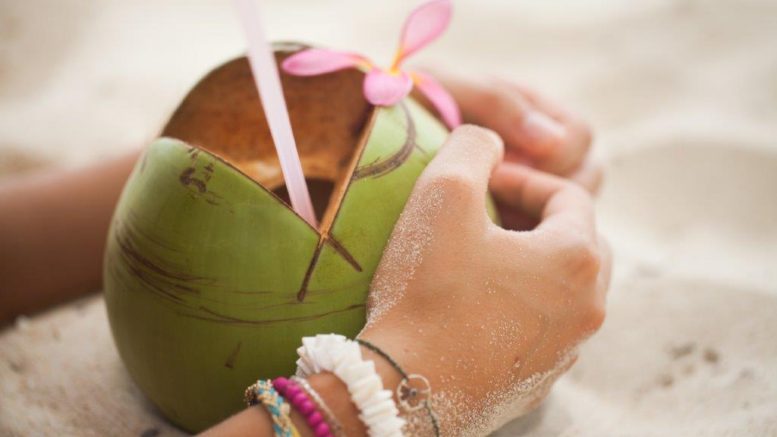 I have literally just stepped off a plane from Mexico, having spent half term there with the bambinos. It was stunning and the people are so lovely, plus getting that fix of sunshine during our cold winter months is essential for my family.

I know it makes us feel better and more energetic for the next few months until things (hopefully) heat up here. I think personally eating healthy, nutrient rich foods is so much easier when it’s hot, because you naturally steer towards the juicy fruits and vegetables, such as watermelon, cucumbers and coconuts!

They are more alkalising and give us the supply of energy that we all need, however there are no excuses not to try as hard as we can, particularly now we are almost knocking on springs door.

In Mexico you can see coconuts growing everywhere. I love it because it gives that real tropical feeling. In recent years, coconut water has become a very trendy drink. It is tasty, refreshing and also happens to be very good for you. It is loaded with several important nutrients, including minerals that most people don’t get enough of. Coconuts grow on large palm trees known scientifically as Cocos nucifera. Despite the name, the coconut is a fruit rather than a nut. 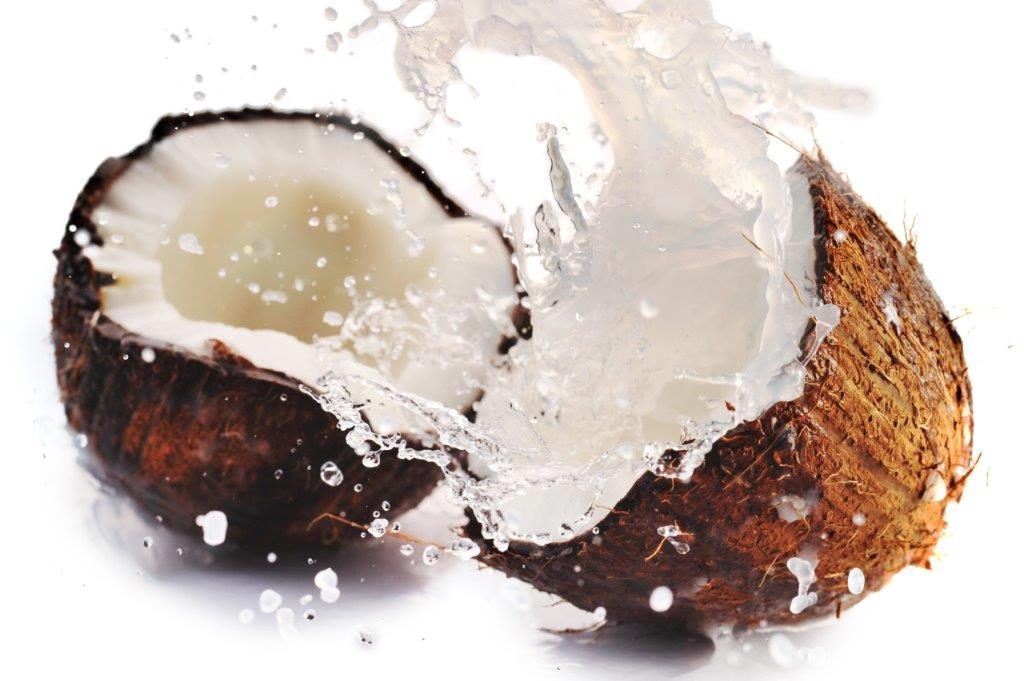 Coconut water is the juice found in the center of a young, green coconut. It helps nourish the fruit. As the coconut matures, some of the juice remains in liquid form, while the rest ripens into the solid white flesh known as coconut meat.

Coconut water is produced naturally in the fruit and contains 94 per cent water and very little fat. It should not be confused with coconut milk, which is made by adding water to grated coconut meat. It contains about 50% water and is very high in coconut fat.

Coconuts take 10–12 months to fully mature and coconut water typically comes from young coconuts about six-seven months of age, although it’s also found in mature fruit. It contains so much goodness such as carbohydrates, fiber, protein, vitamin C, magnesium, manganese, potassium, sodium and calcium, so is great to use as an afternoon pick-me-up, or after your sports session to balance your electrolytes.

Apparently, a recent study found that rats with liver damage showed significant improvement in oxidative stress when they were treated with coconut water, compared to rats that received no treatment. 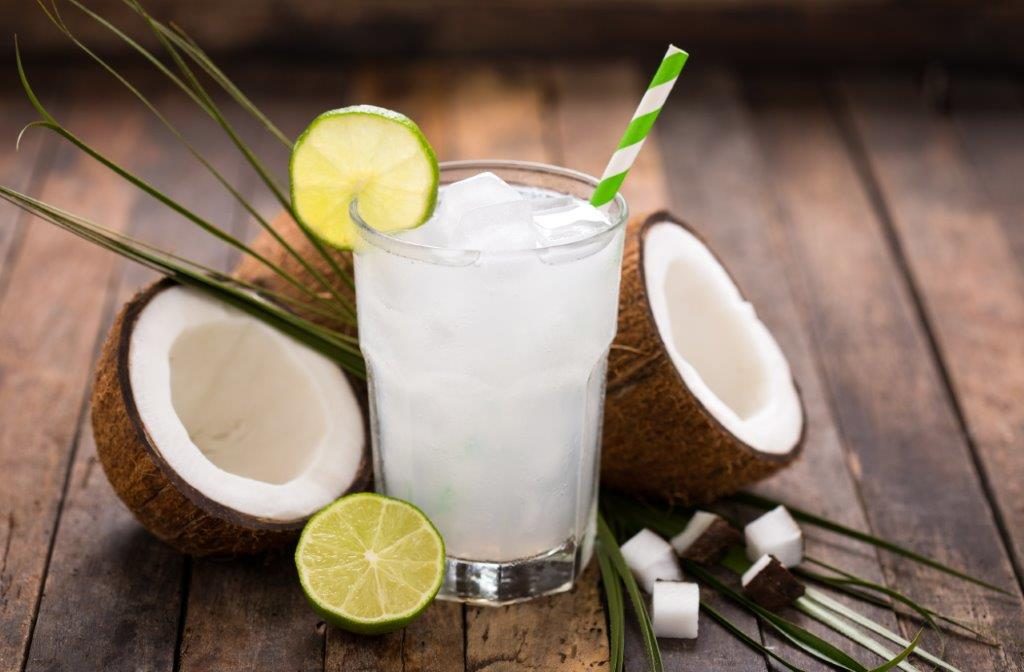 This incredible liquid also contains antioxidants that protect cells from damaging free radicals, plus coconut water can lower blood sugar levels and improve other health markers in diabetics. It is a good source of magnesium, which has been shown to improve insulin sensitivity and decrease blood sugar levels in people with type 2 diabetes and prediabetes.

Of course getting the juice from a real coconut is the best way, and I mean the large green ones (not the brown hairy ones you see at fair grounds). Many supermarkets have a good supply now and they are much more available than they used to be. Failing that, you can opt for the packaged water that is sold on mass in-between the apple and orange juice cartons in the cold sections in most supermarkets.

My advise to you would be to give it a go and see if it makes a difference to your energy! I felt tired the day we were due to leave Mexico, so bought a large coconut off the street for £1.50! They chopped the top off and popped in a straw. Voila, a beautiful, thirst-quenching drink, and yes it bought me right back to life! Enjoy!

Denise is an experienced nutritionist, writes columns and articles for corporate companies and news outlets, such as Chichester.News, delivers health seminars all over the world and runs two busy health clinics, one in Chichester, and one in Harley Street London.