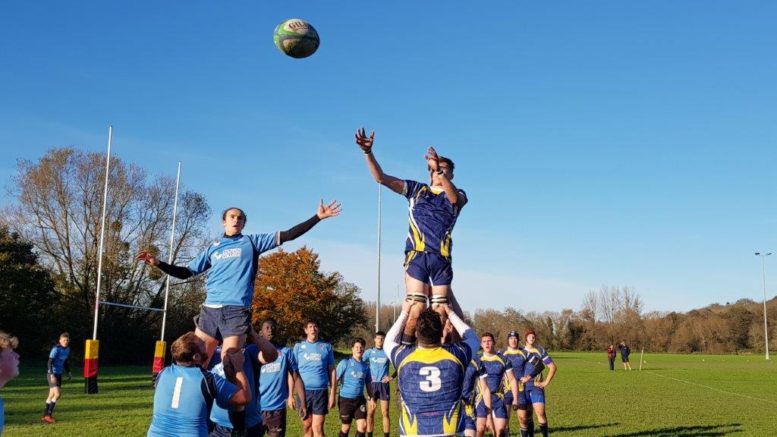 Having beaten Itchen 31-10 at the Central Venue event the previous week, the squad was confident going into the match, writes Steve Woolcombe.

The Academy was boosted by the return from injury of county loosehead Lewis Woolcombe, who has scored hat tricks in his last two games, and tighthead Alfred Montague.

It meant Chichester travelled to Eastleigh RFC with a near full strength squad – just missing their powerhouse centre, Simon Zbieranowski who is recovering from a knock he picked during last week’s game.

The match kicked off with some good early possession from Chichester, their forwards dominated early driving hard into the Itchen defence and over to score almost from the kick-off – 7-0 with the conversion converted from Atama Taylor.

Shocked by the sheer ferocity of the Chichester forwards, Itchen could do nothing but defend wave after wave of attack, with only errors from Chichester academy foiling further scoring opportunities.

Itchen did show glimpses through the first half of some great attacking play, their big county centre driving play and making some great gains giving Itchen the opportunity with some forward balls.

Itchen College built some momentum and gained a well-deserved score through the disorganised Chichester defence which allowed the Itchen back line some space and an easy run through to the try line.

It brought a definite shift in momentum as Itchen found another gear, their big ball carriers started finding some possession. 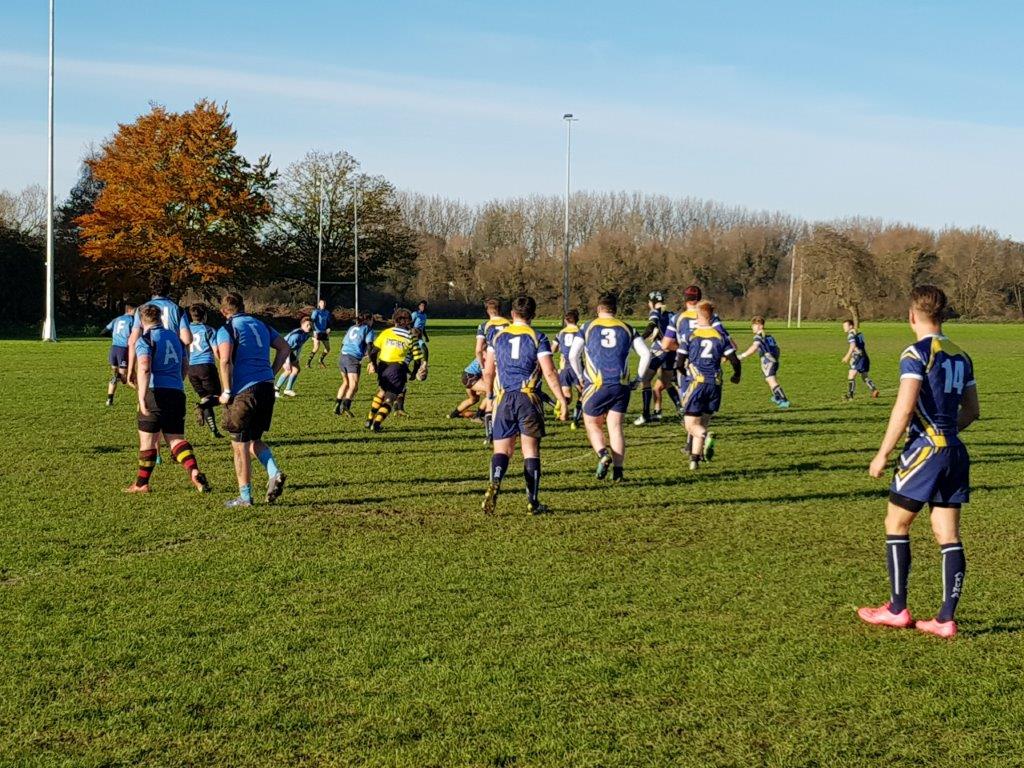 And with Itchen building phases, Chichester looked vulnerable in defence. Itchen pounded the Chichester defensive line, with some big hits coming in from Lewis Woolcombe, Luke Potter and Jamie Holmes. The first half ended 12–10 in Chichester favour but Itchen were very much on the front foot.

The second half started in similar fashion to the first, with all the possession ending up on the Chichester side.

Again, the odd dropped ball allowed some rest bite for Itchen, but Chichester were well on top.

Chichester scored again from some great play from the forwards with a simple popped ball from scrumhalf Jim Tribe to James Gillett at speed, driving through the entire Itchen defence to touch down. The ensuing conversation allowed Chichester to start edging away.

The game continued with Chichester dominating large parts, the Itchen defence scrambling to keep the electric Chichester backline from scoring every time they had the ball.

As the game wore on and changes were made through the Chichester squad, the game once again shifted in favour of Itchen. Chichester however, with an unassailable 20 point lead at this point, could relax.

Needing to find that extra gear, Haydon Scott normally a centre came on into the back row, making an instant impact he carried the ball and put Chichester back on the front foot.

In the closing minutes Itchen were able to score with the Chichester defence penalised for offside, which allowed the Itchen tighthead a chance to touchdown.

From the kick off Itchen were awarded a penalty for handling in the ruck, despite the Itchen player dropping the ball at the tap, the referee allowed a re-take. Still reeling in this decision Chichester had to defend for the remaining seconds as Itchen retained the ball, eventually Itchen knocked on with the pressure exerted from the Chichester backs and the game concluded 31-20.