Hat-trick hero Harry Seaman bagged three tries but it wasn’t enough as Chichester’s woes continued with another defeat, this time a 38-26 loss to Brighton in this London & SE Division match.

Chi suffered some squad trouble with seven players missing due to injuries and another five players unavailable, meaning the side had to be re-arranged. And debutants Callum Gibson, Declan Johnson and Eddie Jenkinson all got starts.

Chichester stay in third but will hope the week’s rest helps the missing players recover and prepares them to face unbeaten title-contenders Medway. who sit top of the table, on November 25th.

The Blues started poorly, conceding a try only two minutes in. They gave the ball away in the midfield and were punished by a penetrating run that resulted in a fine try scored under the posts. A high kick to the right side led to another try scored and converted.

The visitors finally got going when Seaman took a quick tap penalty and went across to score and Tom Hutchin convereted. Some good passing followed, and Seaman faked a pass, bypassed a tackle and scored. 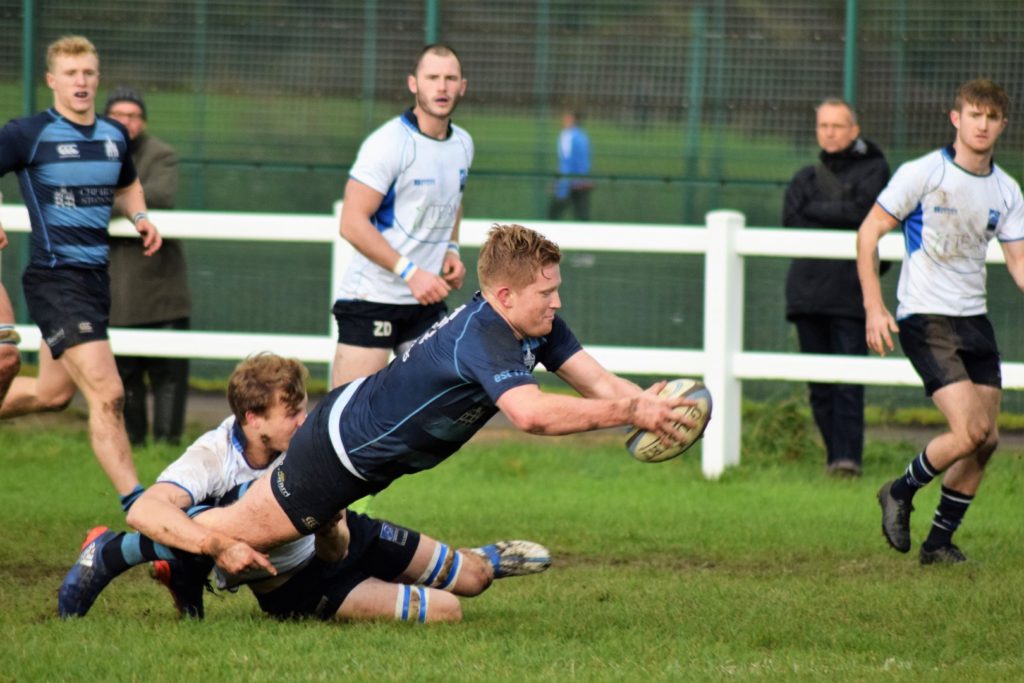 Chi were penalised for multiple violations and Brighton capitalised with competent passing leading to a try. Following a good kick into the corner from Seaman, a strong drive resulted in the powerful unit going over for his third try of the day. This made it all square going into the break.

Brighton got their noses in front after the restart when they dotted down near the posts. A penalty was awarded to the home side just behind the try line, resulting in Seaman being sin binned. The subsequent driving maul put Brighton over the line to score.

Chi were resilient and took charge of the scrums. They pushed their opponents across the line, the scrum collapsed, and the penalty try was given. The hosts countered City’s final attack and finished them off with a try scored out wide.