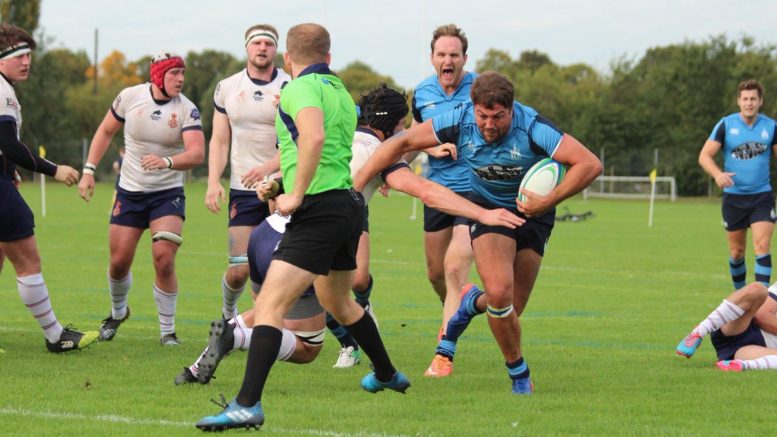 The Blues retained their 100 per cent winning start to the campaign and now go in search of their fifth win on the bounce when they host ninth-placed Cobham, who drew 36-36 with Brighton last time of asking.

The club’s Roger Gould reports: “Bearing in mind their selection problems, this victory ranks as one of Chichester’s best ever performances away from home.

“They deserved the fourpoints after an enthralling end to end game against strong opponents at the top of the league. With the score at half time 10-8 to CS Rugby, Chi once again fought back with their pack steadily gaining ascendancy.

“Their determination and team spirit prevailed over a side which, like Blues, wanted to continue their unbeaten run. The winning margin was rhree tries, one conversion and a drop goal to a try, conversion and penalty.”

Chi had five players on the injured list and two others unavailable. Simon Pinhorne and Aussie recruit Adrian Lynch made debuts, and the amazing Tim Cook aged 37 took the right wing berth.

Alex Grace returned after long injury absence and Joe Woods and Harry Seaman joined him on the bench. The visitors had a limited warm up when traffic delays and getting a bit lost along the Thames riverside meant a late arrival and the kick-off was delayed a quarter of an hour.

Jamie Wilcock had to get treatment as Chi struggled to get going before Henry Anscombe kicked a long clearance for a lineout won by Aaron Davies which led to a solid scrum. The backs spread the ball but the handling was not good enough. 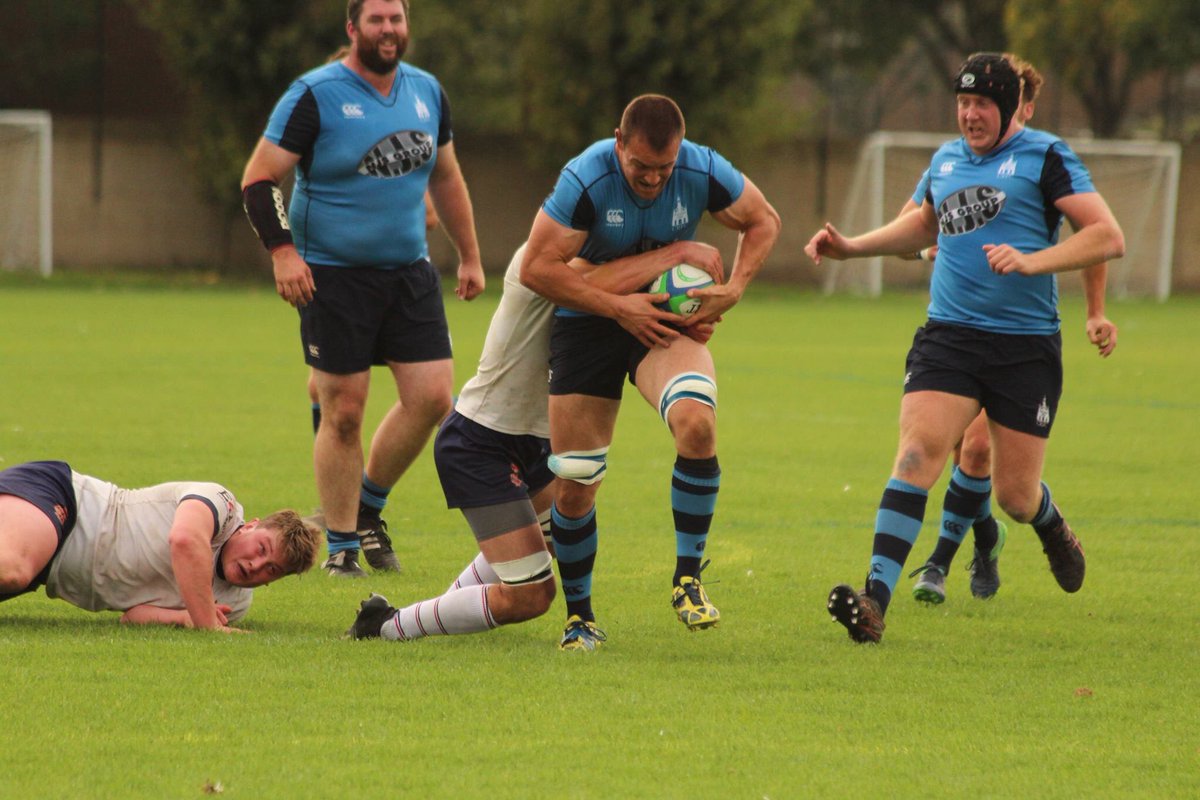 A hurried CS kick was charged down by Davies, then Chi pounced and Richard Adams only just failed with one of his lofted kicks to Nat Jackson on the right wing before a kickable penalty was missed by Anscombe.

CS returned to the attack with their fly half beating two tackles, leading to a drive maul towards the Chi posts. Tackles by Jack Bentall, Martin O’Callaghan and Adams prevented a score but when the ball went back to midfield hooker Jack Arden-Brown suffered a bad knee injury at the breakdown and had to be helped off the pitch.

Woods replaced him at tight head prop with Tom Belcher moving to hooker. CS pressed again into the centre and kicked the first points from a penalty on 25 minutes. Lynch was doing well in defence but received blood injury to the neck and left to be bandaged.

Then Chi went to the other end following a CS mistake and Chris Johnson and Seaman ran and offloaded. Although possession was lost and the CS full back ran it out of the 22, Blues quickly turned it over and launched an attack.

Bentall was nearly through and then Adams surprised everyone by taking aim and delivering a lovely drop goal between the uprights to make it 3-3.
However, CS counter attacked and a long kick ahead meant a run back by an isolated Jackson and a cruel bounce beat his attempt to pick up and rescue.

The ball was scooped up by the fly half who ran around the posts to dot down and the conversion made Converted 10-3. The CS right winger was sent to the bin for infringing to stop a Chi maul near the try line. Anscombe sent the penalty to the left corner, then clean lineout and drive maul for Davies to touch down bu the conversion missed, making the score 10-8.

After the break, Wilcock made a firm tackle before Pinhorne caught in the lineout and Anscombe found another long touch. Three big tackles by Johnson, Wallace and the restored Lynch knocked opponents down and Chi went up the gears and drove to the try line.

A five metre CS scrum was disrupted by a big shove and Chi had the put in with Phil Veltom, Belcher and Woods on fire in the front row. Johnson was nearly across from pick-up but not quite. A second scrum and this time he combined with his captain for Jack Bentall to dive over and score a second try. Anscombe converted, leaving Chi now 15-10 in front.

A huge driving maul by CS travelled 25 metres under good control. Chi just managed to stop it fivemetres out but this led to intense pressure on their line as CS battled to score. But Chi tackled like demons and held on, every man doing his duty. They finally forced a turnover and broke out thanks to a great 40-metre run by the inspired Bentall.

Then Wilcock made a break and Chi retained the ball, before Bentall, Johnson and Seaman attacked with speed. Anscombe made a break and Lynch nearly went through with a cut inside. Just inside their own 22, the CS scrum went backwards and collapsed. Their backs then knocked on as they were harried, giving another Chi scrum.

Chi controlled it skilfully and Johnson picked up to charge across and cement the win with a fine try but the conversion was missedmaking it 20-10 on the whistle.