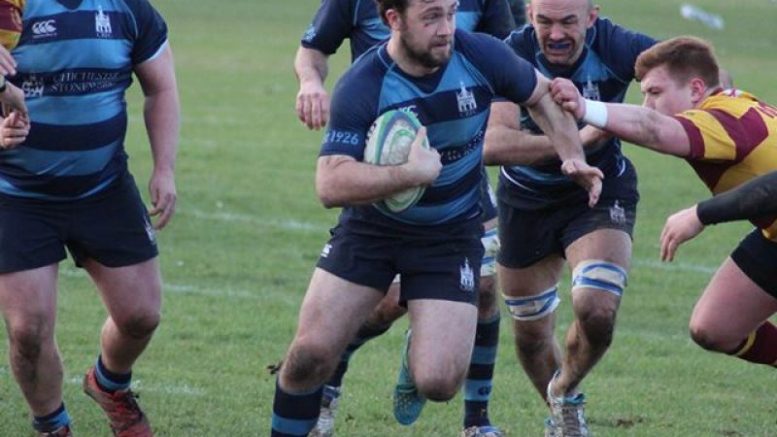 Chichester head coach Rob Lawrence is determined to galvanise his side as they bid to make a comeback to the National League following their relegation last season.

While Lawrence will attempt to rally his troops to get the form and spirit right on the pitch, the demoted Blues now know the order in which they need to accrue victories after the fixtures for the forthcoming campaign were announced.

Chichester will kick off their new season in the London and SE division with a home game against Sevenoaks on September 2. A week later, on September 9, Chichester face their first away fixture of the campaign when they travel to Tottonians.

And the Blues’ next game is any enticing home encounter with local rivals Havant, which takes place at Oakland Park on September 16. On September 23, Chichester are on the road once more when they travel to play CS Rugby 1863.

They head for Kent on October 7 to face Gravesend and two weeks later they are back at Oaklands Park for a home fixture with some rock.

Fast forward a week and Chichester go to Cobham, followed by a home game on November 4, against London Cornish. Seven days later they are on the road once more when they go to Brighton –and two weeks later they host Medway.

Maidstone are the visitors on December 2 before Chichester are on their travels once more when they going to face Old Colfeians on December 9. On December 16 Lawrence’s men host Tottonians and and then following the Christmas period they travel over the border into Hampshire to face Havant on January 6.

CS Rugby 1863 are the visitors on January 13, while a week later Chichester go to Cobham. Then they are not back action until they go to Thurrock on February 3. A month later, on March 3 Chichester go to face London Cornish. Medway is the destination for Chichester on March 24, and on April 14 they host Old Colfeians. Chichester’s final game of the season, is on April 21 when they travel to Sevenoaks.