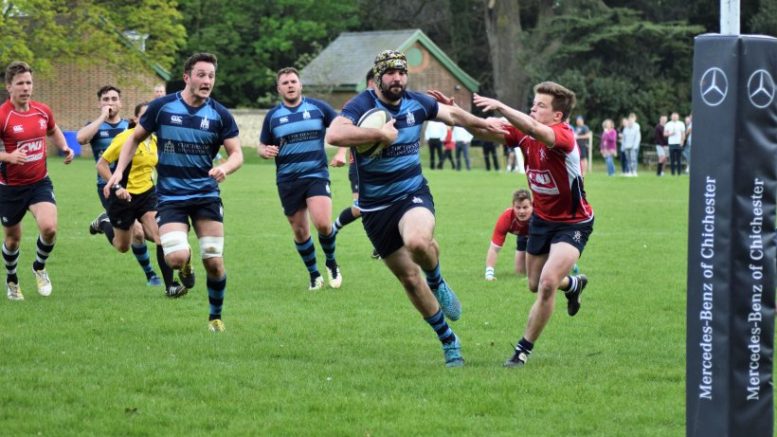 Chichester RFC stalwart Phil Dicken has been forced to quit rugby through injury — as the Blues prepare for their opening league game of the new campaign.

Club spokesman Roger Gould confirmed: “Sadly Phil has been forced to retire from rugby due to persistent injuries. He has been a versatile and very skilful player for the 1st XV over 11 seasons. He came through the junior teams and made his debut for the Blues at the age of 18.

“He performed well at lock, in the back row and in the centre. Last season he was a high flier in the lineout with safe hands.

“A fine all- round sportsman, he has always been fair on the pitch and modest and easy-going off it. We will all miss him wearing the Blue but look forward to him joining the supporters regularly on the touchline.”

Chichester host Sevenoaks in our first league game with a 3pm kick-off get to Oaklands Park and go into the encounter and Paul Colley, the club’s director of rugby, said: “This will be another step up and a big test but one which the squad is relishing.”

They head into the action following a convincing 47-12 victory in a friendly match against a competitive Gosport side, relegated last season from London SE Division 1 South, last Thursday.