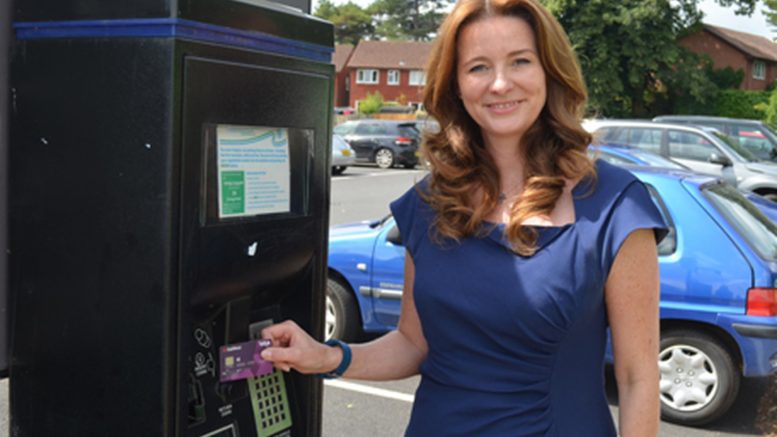 A rise of 20 per cent in car journeys in the next decade in Chichester has prompted ideas of new ways to manage parking in the city.

Officers from West Sussex County Council and Chichester District Council have been thinking through a new strategy to cope with growing parking demands.

The strategy, known as the Chichester Road Space Audit, will be debated through an online public consultation this month.

The strategy is designed to help realise Chichester District Council’s ‘Chichester Vision’, as well as other transport and economic strategies over the next 20 years.

West Sussex County Council’s Bob Lanzer, said: “It is estimated by 2029 the number of households in Chichester will grow by 32 per cent, causing 20 per cent more car journeys in and out of the city.

“That’s why we have to start thinking differently and more radically with regards to our parking strategy.

“I must stress these are only ideas, broad concepts and suggestions at this stage. Nothing formal has been proposed or agreed about how or if it should proceed.

“We just want to gauge public opinion and find out what the city thinks about these ideas. There will be much discussion to be had over the coming months, so please take the time to comment on our online consultation.

“As ever, the more opinions that are shared, the more informed we will be about how to approach parking and road space within Chichester in the future.”

The suggested strategy incorporates four broad themes, to be completed in consecutive order.

1. Changes to on-street parking
Chichester relies on the labour and expertise provided by commuters. Parking measures introduced over the years have helped reduce the amount of indiscriminate and unsafe parking. But this has led to commuter parking being moved from place to place, creating new parking issues in other parts of the city.

The first theme of the new strategy recommends a single city wide parking management plan instead of dealing with localised problems as they emerge. Surveys have shown that many residential streets in the city do have space, particularly during daytime. The suggestion is this should be available for commuters and visitors to use as well as residents. In addition, streets where demand is high at certain times could be priced accordingly, while less popular roads made cheaper.

2. Car parks
Demand for city centre off-street parking is high and many car parks are already close to capacity. Within the city walls there are a number of off-street car parks that have a high turnover and generate a high volume of vehicle trips in and out of the city during the day. To reduce traffic in the city centre, the second theme suggests closing some short stay car parks and turning Northgate, Cattle Market and Avenue de Chartres car parks into short stay only instead. A number of those parking in long stay car parks would make way by parking on residential streets as part of the city wide parking management plan. Parking would still be provided for Blue Badge Holders in the city centre.

3. Reallocating road space
The third theme recommends changing road space devoted to traffic and parking to more sustainable modes such as walking, cycling and public transport as well as improving the urban area. This would seek to ‘lock in’ the benefits of reducing car journeys into the city centre brought about by the first two themes.

4. Managing traffic away from city centre
The final theme recommends managing traffic away from the city centre to allow greater emphasis on visitor attractions, shopping, restaurants and bars. The idea is to prevent traffic using Chichester as a through route, so all journeys into the city centre must return via the way same route they entered. Combined with the reduction of city centre car parking, this would significantly reduce traffic and make it easier to reallocate road space for sustainable travel.