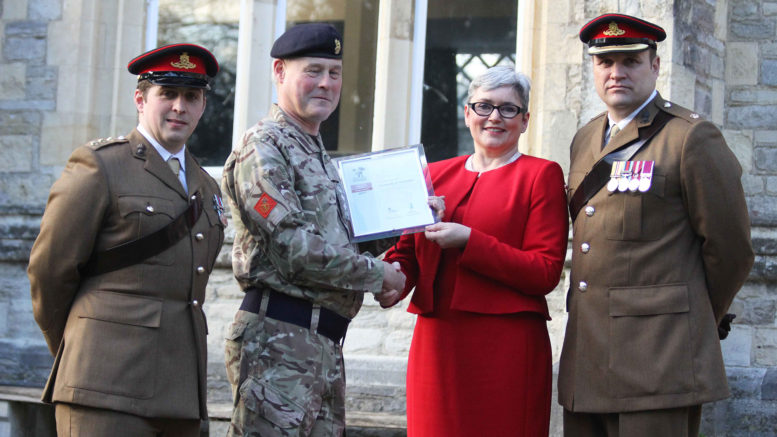 The university of Chichester has been honoured by the Ministry of Defence for its continued support of the Armed Forces.

Military officials presented the University with an employer recognition scheme bronze award for its commitment to reservists, cadets and instructors, veterans, and the families of service personnel.

Deputy Vice-Chancellor Professor Catherine Harper said receiving the award was a significant moment for the University.

She added: “We are a value-driven institution with a sense of pride in our community, which encompasses personnel from across the Armed Forces. 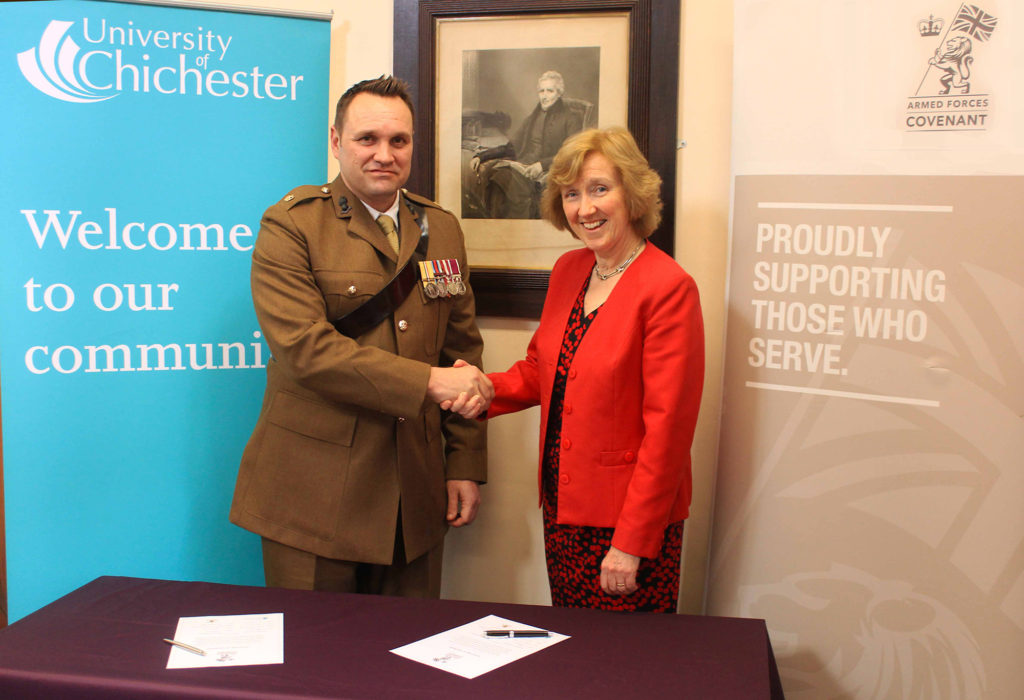 “Reservists and veterans bring a variety of transferable skills to the university such as leadership, team working, communication, and organisational ability, developed during military careers.

“The award proves our dedication to supporting the Armed Forces.”

The Employer Recognition Scheme was launched in 2014 to reward employers with bronze, silver, and gold accolades for advocating support to the military.

University vice-chancellor Professor Jane Longmore was joined by Major Tim Osman, of the 12 Regiment Royal Artillery, at a ceremony to sign the Armed Forces Covenant.

The agreement guarantees Chichester’s commitment to the men and women, and their families, who have and continue to serve their country.

Among the guests at the signing ceremony was Joe Ayres, accommodation manager at the university, who has been a Royal Navy reservist for three years.

He said: “Being a reservist gives me the opportunity to get involved in activities that I would only otherwise dream of doing.

“It also gives me the best of both worlds as I can continue developing my career at the University but also learn new skills, knowledge, and personal qualities with the Navy, which in turn supports my civilian work.”

Top of the class! University of Chichester leads national rankings for student experience