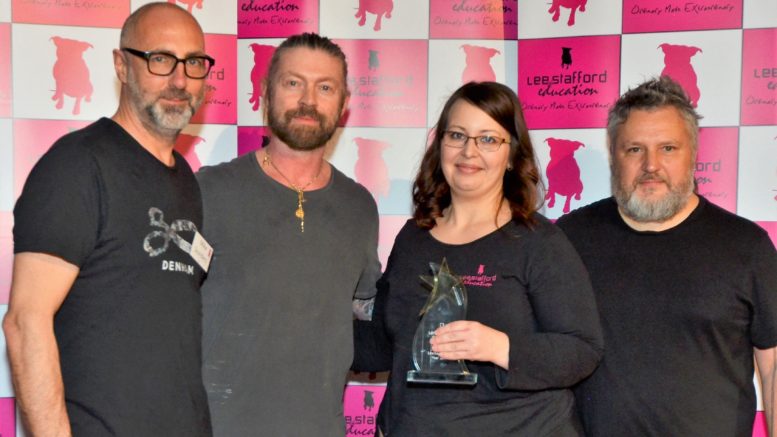 Chichester College’a Nina Blisset proved she had flair with hair when she was named student of the year in recognition of the beautiful execution of her styling.

It meant the college added more awards to their trophy cabinet, after impressing judges at the Lee Stafford Education national student competition.

The college came away with three of the top prizes at the event, which saw the nine Lee Stafford Education partner colleges go head-to-head in London on Friday (9 March).

Nina took home the big prize when she was was hailed for the high standard of her work. And Jesse Courtney and Nina both took first place in their respective categories – Cut & Colour and Mash-Up (Creative Cut & Colour), while Ophelia Ellick came second to Jesse.

Nina said: “To be honest, it feels a bit surreal. I had a challenging run up to the competition, as I struggled to secure a model. It all came together at the last minute, so I just thought I’d go and enjoy the experience which I did. 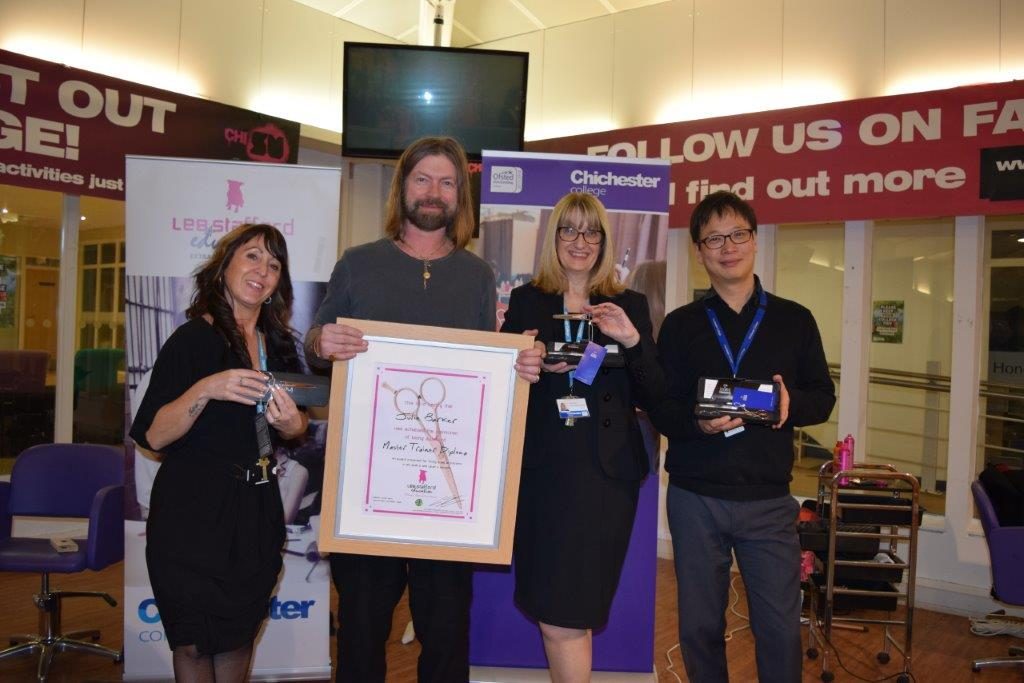 “It was a total shock when, out of all the people there, they said I had won! I really expected to hear a different name and I just thought ‘was that my name’ – then everyone around me started cheering. I couldn’t believe it!

“I am so happy, and I have had a lot of support from my family and the teams at the college and at Dimitri Hair and Beauty Spa in Felpham, where I am on a placement – they’ve played a big role in my development.”

This is the second year that a Chichester College student has won the Student of the Year accolade, following in the footsteps of Lauren Chater’s win at last year’s inaugural competition.

Julia Williams, head of learning for service industries (including hair and beauty) added: “This is an amazing achievement for our students and staff.

“After last year’s success, we always knew it was going to be a tough act to follow – especially with more colleges in the competition – but the team pulled out all the stops.

“For Nina and Jesse to both pick up awards is outstanding, and to have another of our students achieve the title ‘Student of the Year’ really recognises the hard work and dedication the team demonstrate every day.”

Earlier in the week, Lee Stafford visited Chichester College to host an employer evening with demonstrations of some of the techniques used for training new stylists.

He also presented pairs of engraved, gold scissors to three of college lecturers – Bon Jeon, Julie Davis and Julie Barker – as they were named ‘Master Trainers’. This means they have achieved Big 10s in the 22 recipes (techniques used to master different elements of hair styles, cuts and colours) delivered at Lee Stafford Education partner colleges/

Big 10s are awarded to trainers who have reached the highest standard of achievement during their own practical assessments.

Andrew Green, executive principal for the Chichester College Group, said: “The standards set by Lee Stafford and his team are exceptionally high – they demand excellence and work hard with colleges to ensure that’s exactly what students receive in their training.

“To see our staff and students receiving these awards demonstrates that we are not only meeting those standards, but going above and beyond.

“I am delighted for the team – both staff and students – and congratulate them for their achievements.”

It would be a crime to miss free arts workshop in Chichester, says writer Peter Lovesey

Shining examples! Sun’s out for Chichester College graduates as they celebrate success