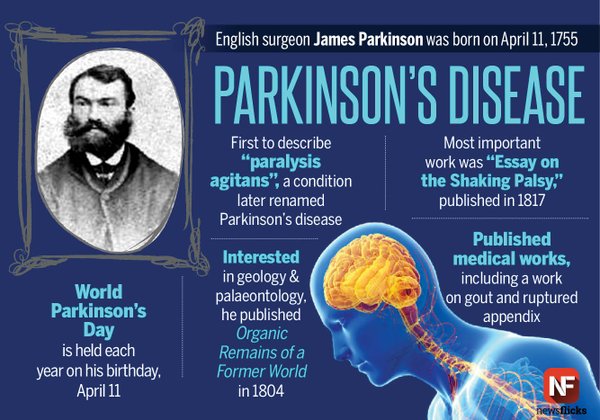 English surgeon James Parkinson is most famous for publishing ‘An Essay on the Shaking Palsy’ in 1817, which established Parkinson’s disease as a recognised medical condition. He was a pioneer not only in medicine but also in his scientific and political interests.

Now his life’s work is the to be the subject of the Fourth Dr Brian Owen-Smith Memorial Lecture, which is the first such lecture of the 2017 programme of the West Sussex History of Medicine Society (incorporating the Chichester Clinical Society).

James Parkinson was a pioneer not only in medicine but also in his scientific and political interests. He was the first to describe “paralysis agitans”. This was later named Parkinson’s disease after him.

The son of an apothecary/surgeon, he was born on 11 April 1755. This is why Parkinson’s Awareness Week in April each year, and 11 April is now World Parkinson’s Day.

It is the opening lecture in a series which starts in October, all of which are to be held at the Chichester Medical Education Centre, at the city’s St Richard’s Hospital.

See below for the full list of lectures, with times and dates: