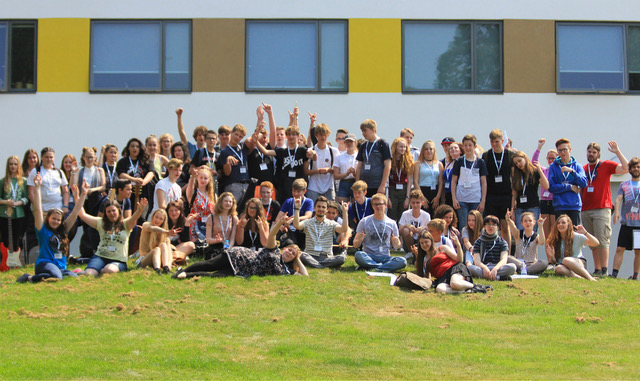 Youngsters are bidding to rock their way to a career that will be music to their tutors’ ears. For the next generation of singer-songwriters and musicians have taken to the stage at the University of Chichester’s summer school of rock.

More than 60 budding artists enrolled onto Chi Rocks, which offers young people an insight into university life and encourages them to reach their potential through music.

The three-day project, now in its 11th year, saw pupils from six schools across the south of England learn about songwriting and recording from undergraduates at Chichester before performing in a showcase concert.

The event was organised by the University’s Outreach and Access team, which work with schools and colleges in the region to encourage young people to reach their full ability through education.

Sarah Collins, an associate lecturer in Community Music who helped to organise the event, said: “Music is a great means of learning as it breaks down barriers and encourages students to express their personalities.

“Chi Rocks intends to give pupils an insight into university life and provide them with the confidence to continue with their education once they leave school.

“Over the three days the pupils learnt about different aspects of the music industry including song writing, marketing, and performance.

“There were some great songs and it was clear that everyone had put a lot of effort and thought into the music and the way they would market it to their fans.”

As well as spending three days working with undergraduates, they pitched their band ideas to a Dragons’ Den-style marketing panel which included professionals from the industry.