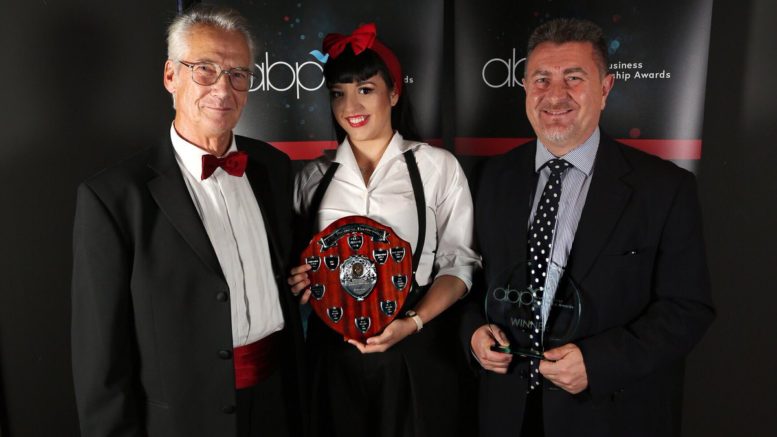 Great Ballard headmaster Richard Evans has overseen a 20 per cent increase in pupil numbers thanks to raising awareness of the school.

And the school’s efforts were rewarded recently when Mr Evans was among the honours when a new website for pupils and parents was recognised at an awards ceremony.

He was on hand when the school won the “business marketing and promotions” award as well as being shortlisted for “website of the year”.

It follows another exciting year of growth for the school and comes with a bid to expand their brand awareness as a leading independent private school in West Sussex.

Staff at school in Eartham were said to be “thrilled” to receive the award at the Arun Business Partnership Awards last week. As one of the main awards presented on the evening, it was presented “in recognition of a business who have excelled in their marketing and self-promotion over the last 12 months” and was sponsored by Bognor Regis Chamber of Commerce, with around 300 people in attendance.

Mr Evans accepted the award on behalf of the dedicated marketing team along with marketing and IT technician, Hollie Shelton. A spokesman said: “Over the past few years, Great Ballard has invested significantly in their business marketing but this year has been particularly influential for Great Ballard with the launch of their new brand messaging, marketing strapline (Inspire. Discover. Achieve) and stunning new website.

“It adopts their theme of offering ‘space for children and time for parents’ and demonstrates their key strengths as a leading private school set in the South Downs National Park, which is also one of 12 dark skies reserves. Their new website was nominated for the website of the year awards and was shortlisted to the final two entries for the award.

“The school have a talented marketing team, all of whom have a passion for the school with individual strengths including copy writing, digital marketing, social media, networking and local promotion.

“They have also invested in marketing consultancy to develop their online and offline reputation, adapting their marketing strategy to suit the evolving external market and prospective parent demands, as well as developing strategic partnerships for continued growth both in the local area and internationally.”