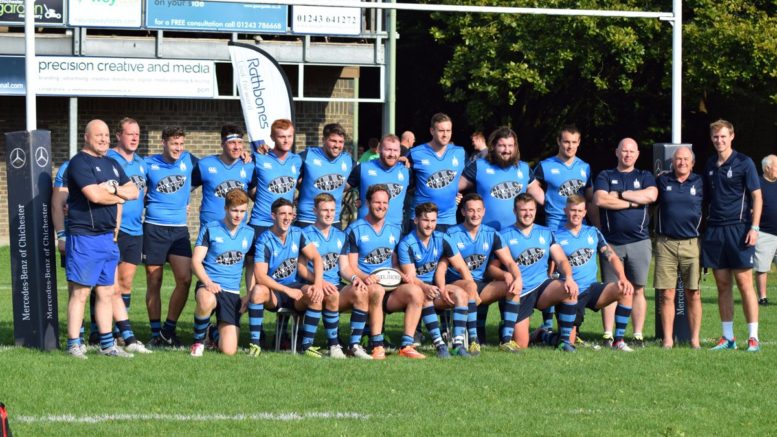 Chichester RFC kicked off the new season with a 28-10 victory over Sevenoaks at Oaklands Park on Saturday  in a London & SE Division 1 South encounter.

The Blues had the upper hand for the majority of the game and deserved their bonus point with four tries, two penalties and a conversion to a try, conversion and penalty.

Scrum-half Henry Anscombe kicked off but Chichester lost possession and Sevenoaks attacked. They gained a penalty for a rather high tackle and fly half Barker put the first points on the scoreboard. Chichester replied with Chris Johnson driving close to the try line. A penalty to the right corner, lineout won and snappy passes across the backs gave space for Nat Jackson to score at the right corner. The conversion was missed for 5-3. 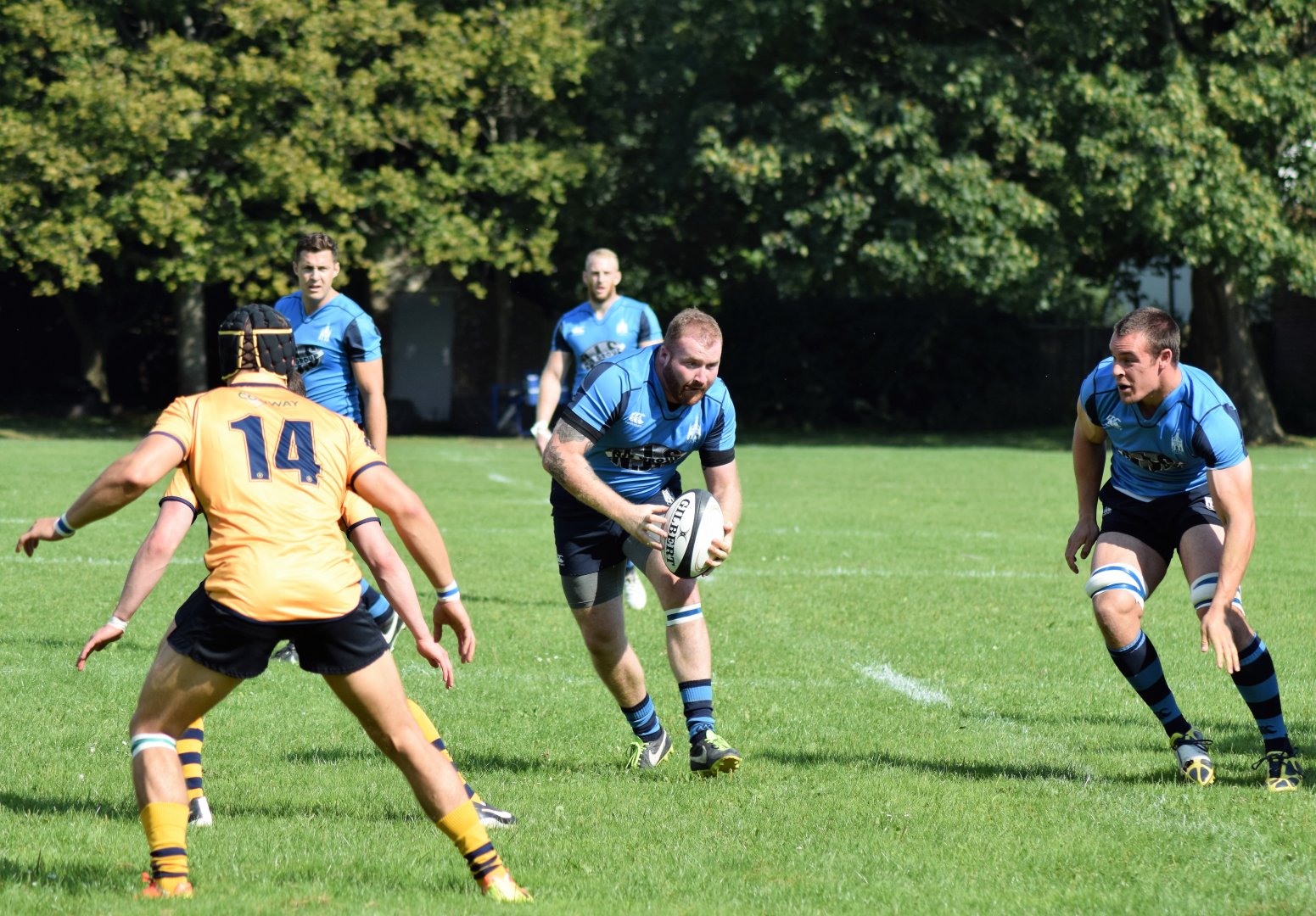 Then Anscombe succeeded with a huge penalty from just over the half way line for 8-3 before the unstoppable Johnson plunged over near the left corner. The conversion was missed for 13 -3 with 30 minutes gone.

The visitors rallied for 13-10 before fly-half Richard Adams sent a measured high kick to the right wing and Jackson caught tidily to score his second try. Conversion missed to leave the score at 18-10.

Sevenoaks tried again and Hutchin made a try-saving tackle from behind and around the legs. Blues used their bench men wisely in rotation and Joe Woods, Ed Grinstead and Hillyer played their part. The outcome was made fairly safe when Anscombe kicked a comfortable penalty from 25 metres for 21-10. 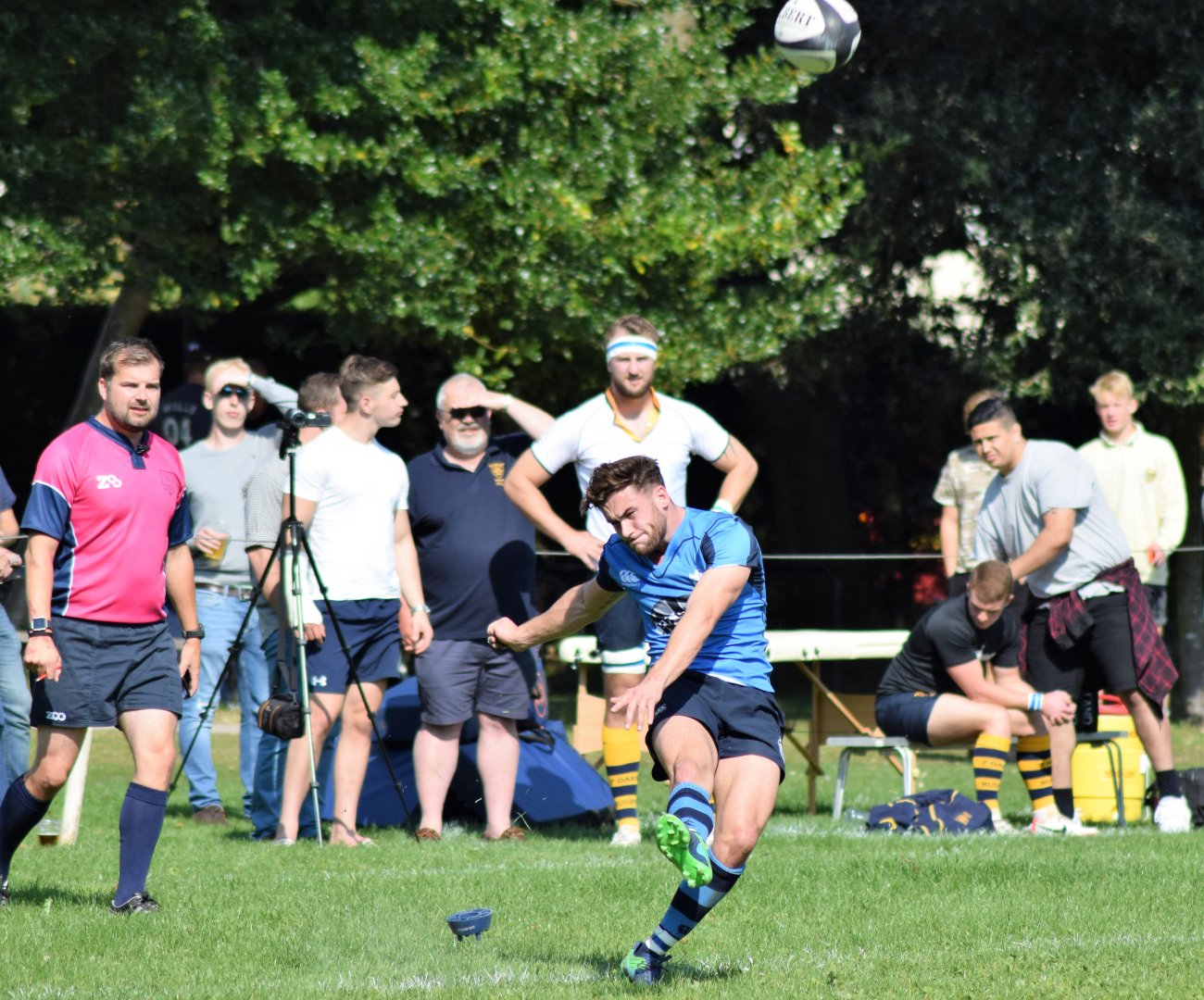 The home side then delivered a dazzling passage of play. Johnson made a break and the ball was whipped across to left winger Ben Robson. He raced along the touchline, coped with a tackle and offloaded. Five players then handled with inside and outside passes before Bentall had the honour of scoring the try of this season. Anscombe converted.

*Chichester now face great challenges in their next four matches against leading teams from last season in this league. They play at Tottonians next with kick-off at 3pm.