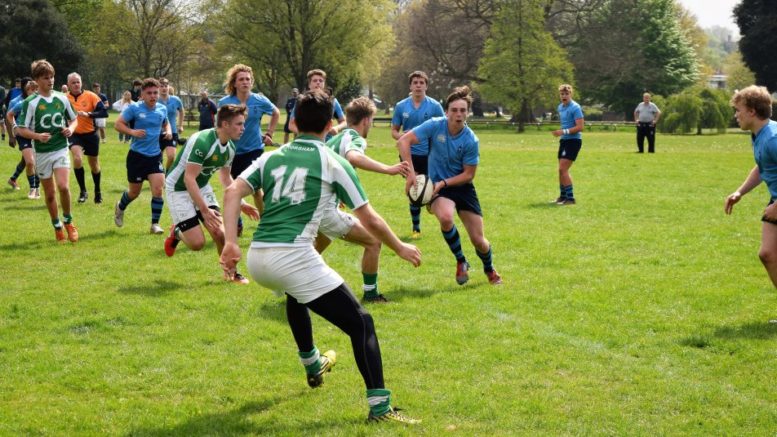 The first XV went down from National League Three despite a 20-12 victory over Westcombe Park at Oaklands Park.

The fact that Sutton beat Amersham & Chiltern meant that Chichester drop down to London and South East 1 with Southend saving their skins. The Essex side got to 50 points compared to the Blues’ 47 points in third-from-bottom position in the league table.

In the final encounter of the campaign, Henry Anscombe converted a penalty for 3-0. The visitors scored a try but missed the conversion to make it 3-5 and then the teams shared the lead, before the break saw the score at 8-12.

Chichester grabbed a second try, which was converted by Anscombe, for 15-12, before Bentall went over at the right corner flag with the conversion drifting just wide for 20-12.

The club’s website reports that Chichester beat three top six teams at Oaklands Park but that it was their poor away form which let them down. They earned 16 bonus points, seven of which came from lost games and it is said that “they can be optimistic” for next season.

Meanwhile, Chichester Colts won through to the final of the Sussex Cup for the second time in two years with a 27-14 triumph over Horsham Colts. The youngsters will now play their Worthing counterparts in the final at Crowborough this Sunday, kick-off 2pm.

Paul Colley, Director of Rugby, said: “A fantastic team performance. Horsham were a very good side but I think we just deserved it on the day.

“The lads need as much support as possible so please try and get over to cheer them on. There will be coach leaving Chichester Rugby Club at 10:15am.”