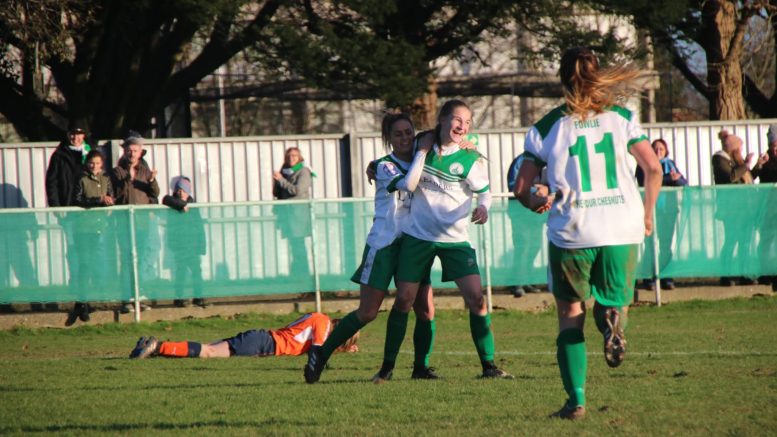 Alex Collighan and Cherelle Khassal’s last-gasp goals help Chichester City Ladies overcome Luton Town Ladies in a 2-0 victory that sent them into the fourth round of the SSE Women’s FA Cup.

In what was a difficult game, City manager Matt Wright praised the Luton side for giving his Chi ladies a tough contest and not making it easy for them.

He explained: “Really good today, really strong, they made our life difficult, they got numbers behind the ball when we were attacking, threatened our goal on several occasions as well but in the end I think it just came down to a little bit of something special.”

That “something special” came late in the game when Collighan broke the deadlock. Speaking about her goal she said: “I’m pretty impressed with myself, usually I miss those, but it went in so I’m pretty proud.” 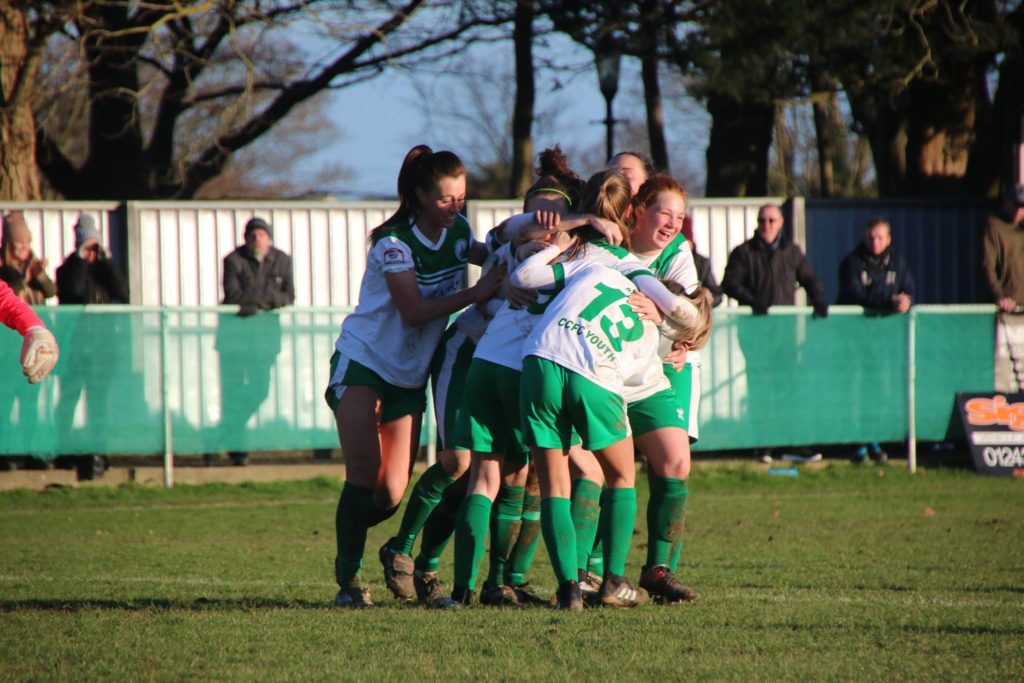 It was Chichester who started the game on the back foot when a quick break from Luton was thwarted by a good clearance from Emma Alexandre. Tiffany Taylor also put in a good defensive display and was particularly strong in the tackle.

The chances started coming for Chi when Jade Widdows’ effort was saved by Luton keeper, Keiza Hassall, who then did well to block the follow up from Jenna Fowlie.

More opportunities came for Chi when Alexandre’s header was blocked, Chloe Tucker’s shot fizzed just past the target and Widdows was unsuccessful in her one-on-one with Hassall, with the latter pulling off a fine save.

Luton’s biggest chance of the game came in the second half when a fierce shot rattled the post and danced agonisingly across the goal line to hit the other post and stay out. 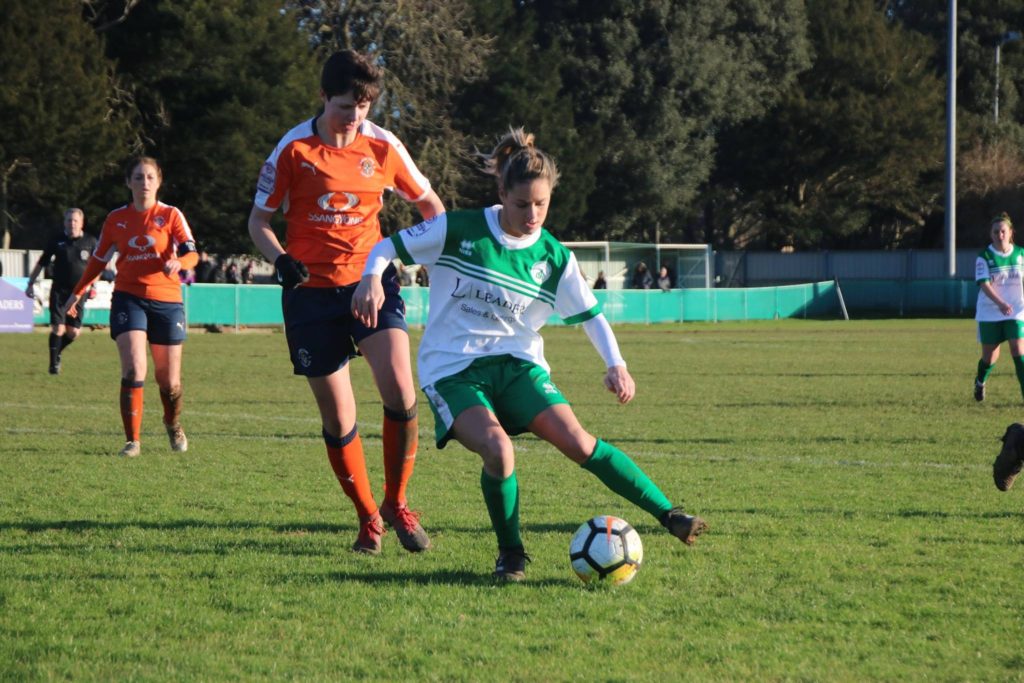 The games first goal came in the 86th minute when Tucker played a ball into space for Collighan to chase after. The young striker beat Hassall to the ball and tucked it away from a tight angle.

Just minutes later and the lead was doubled when Khassal ran onto an over-the-top pass and coolly lifted the ball over Hassall and into the back of the net to send City into the next round.

Chichester’s first league test of the new year comes this Sunday when they face Charlton Athletic Women at Oaklands Park.