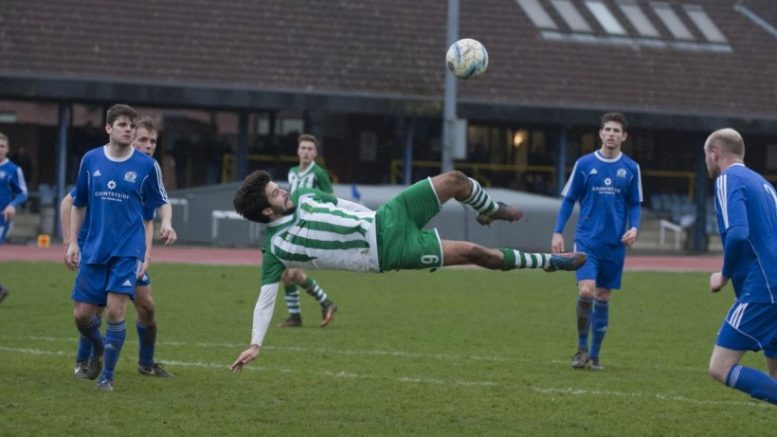 Lorenzo Dolcetti knows all about football on the biggest stages in club football. His Dad Aldo is a coach at Italian giants Juventus — and they have the slight matter of the Champions League and a Serie A title bid with which to contend after all.

But it is a place in the last eight of the Buildbase FA Vase which is focusing the mind of midfielder Dolcetti junior, and the forthcoming preparations for Saturday’s fifth round clash at 1874 Northwich.

And Dolcetti, who is dual-signed with Bognor Regis Town, said: “We are buzzing. It’s a great occasion for us. We are really happy to get to the last sixteen. We want to go further obviously.

Quizzed by Ian Worden on the club’s official website, Dolcetti was asked if he was aware of the significance of the tie. He replied: “This is history that’s being made here because the club has never been this far before in the competition.

“I can really feel it because I’m from Italy and it’s my first time in the FA Vase. From the manager, from the players, from the club you can feel that it’s an important situation for us. We are trying to prepare as good as possible before we go up to Manchester. We will try to do our best.

“I think we are calm and relaxed. We know what our strengths are. We know what we have to do to win. To be fair, I think we have a good group of lads with loads of quality in the team. So if we turn up on the day and do our job and put in a good performance I’m sure we can get a result.”

Meanwhile, Graeme Gee says City are under no illusions about the task in hand as they get set for the game.

Gee, who is No.2 to City manager Miles Rutherford, has revealed that the squad will travel to Cheshire in confident mood for the encounter but that the home side will be a trough nut to crack for a place in the last eight of the competition. 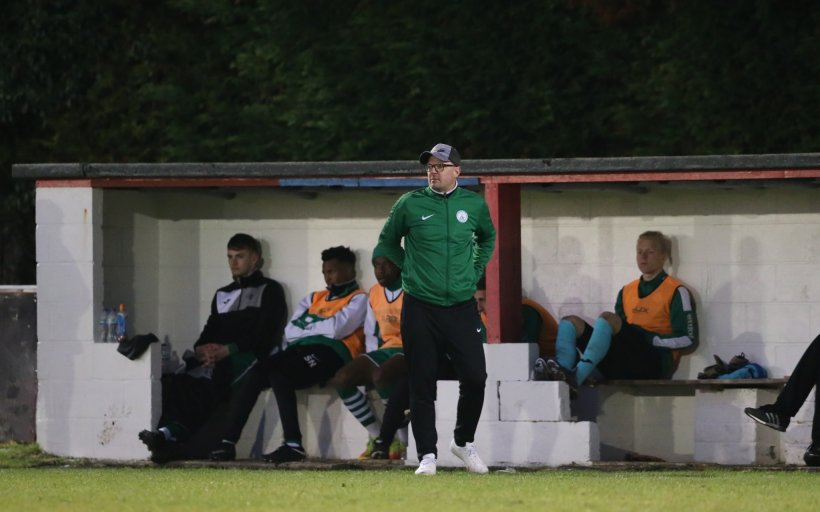 City’s victory over Horley Town in the previous round set up the eagerly anticipated tie and, once more, in an interview with Ian Worden, Gee said: “We’ll be confident. We’ll try and stamp our authority on the game, but we know there’s a huge task ahead of us. We’ve had reports telling us just how strong they are.

“Their league position doesn’t really tell a lot. I think by the end of the season they’ll be challenging for the league title. They’ve made a few signings in the last month, so we know we have got a massive task ahead of us, but we put faith in the players we’ve got at the club and we’ll go up there and try our very best to get a result whether that’s victory or a draw.

“But we’re under no illusions about how huge a game it is, not just for the club but for the people of Chichester who come and support us and hopefully we can do them proud. I believe we’ve probably done a little bit better than we anticipated.

“To get to the last sixteen is a credit to all the players and staff at the club and I’m really pleased for the people behind the scenes that go unnoticed like Nigel the groundsman, the girls that work behind the bar, the gate-person and others. And it’s good to get a little bit of coverage in the national press and now Chichester’s a good place to be.”

City will take advantage of travelling north the day before the game and Gee says preapration is vital for such a crucial match.

He added: “We’ll travel a day earlier about mid-day and get the lads settled into the hotel. It’s no big deal, it’s just another game but obviously there’s a significance on it because a lot of people haven’t been this deep in the competition.

“I imagine there might be a few nerves kicking around but we’ll prepare them as well as we can. We’ll have something to eat in the hotel Friday night and travel down on Saturday afternoon for the game.”