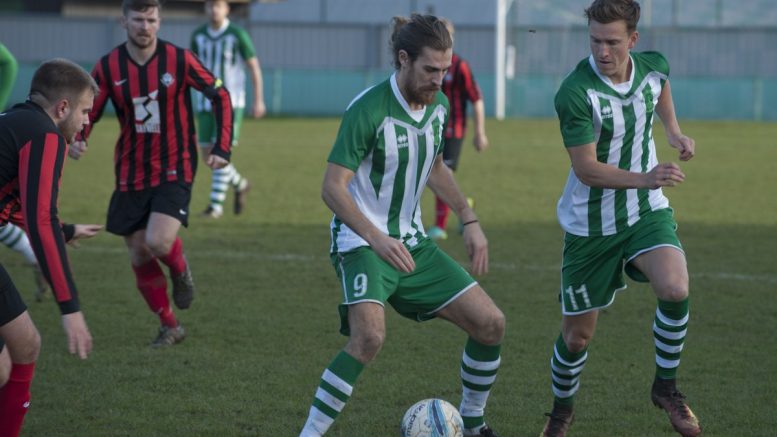 Chichester City went to town on lowly Worthing United and chalked up a thumping 5-0 victory in a SCFL Premier division encounter at Oaklands Park on Saturday.

The visitors were no match for Miles Rutherford’s rampant City and the win maintains their push at the top of the table.

Ellis Martin opened the scoring on 35 minutes and within 60 seconds Max Thomas made it 2-0. After the break Keiran Hartley snatched a 54th minute goal and it was 4-0 through an own goal. Scott Jones wrapped things up on 84 minutes to hand the home side a memorable triumph.

The three points gained leaves them in third position behind leaders Shoreham and second placed Haywards Heath Town. They have two games in hand on Heath and are six points adrift of them. City are on 24 games played as are the leaders and are seven points behind.

They host Hassocks at Oakland Park this Saturday (February 11).