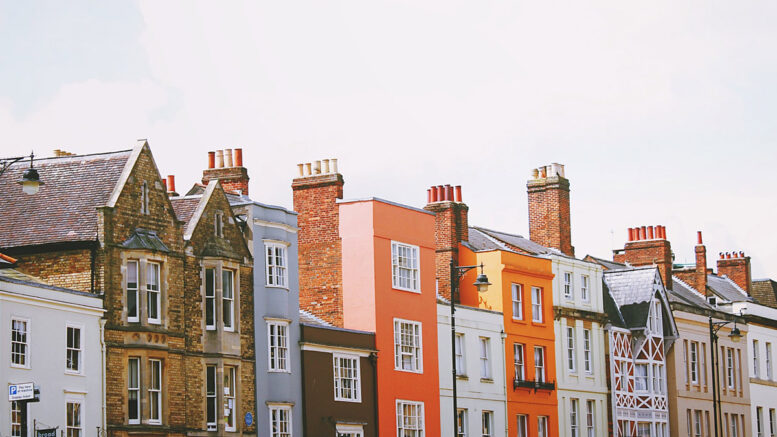 The average asking price for a rental property in Chichester currently stands at £1,050pcm. That is a 5% increase compared to a year ago, despite the onset of Covid-19 and the subsequent impact on the economy since then. Furthermore, data from Zoopla has revealed that rental properties are letting 30% quicker than a year ago. If that seems counter-intuitive, the story behind it all is one of a simple supply and demand imbalance.

You see, one year ago there were 136 properties available to rent in Chichester. As I write, there are just 19! That is the lowest availability of rental properties I’ve seen on record and is a shocking 86% down on twelve months ago.

Despite lockdown, people are still looking to move though, with 79 properties showing on Rightmove as ‘let agreed’ (which is only 13% fewer than a year ago). So, with people wanting to move and an extremely limited number of properties available to move to, it is pretty logical asking prices will increase. So drastic is the imbalance I’m surprised prices haven’t increased by a greater amount, although I suspect that’s because most landlords and letting agents are taking a more sensible and morally acceptable long-term approach in this regard.

It is interesting to note however, that whilst every type of property in Chichester has seen an increase in rental prices, some have risen more than others. One-bedroom flats have increased the least (+1.9%) followed by four-bedroom houses (+3.5%). Bear in mind though that many of those four-bedroom houses are student lets, which have been facing a drop in demand for a couple of years now and were subsequently hit hard by the pandemic. 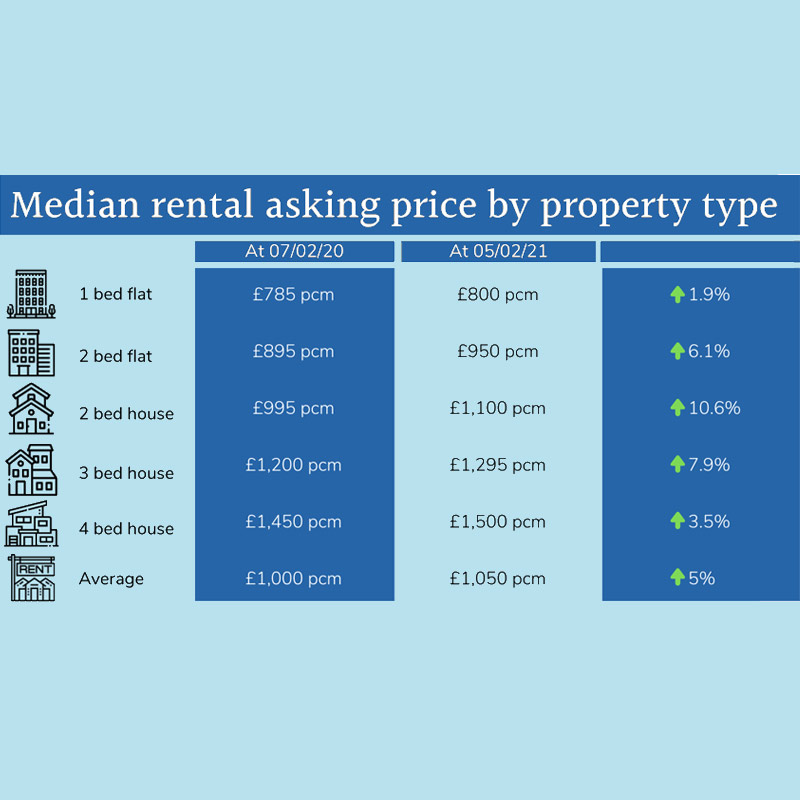 I’ve always been a strong advocate that landlords should focus on buying two- and three-bedroom houses, so this is of little surprise to me. Popular during ‘normal’ times, the extra privacy and outside space they provide compared to most flats have been a godsend during our recent need to ‘stay at home’. It seems more people have come to realise this over the past year too, as the premium between renting the average two-bedroom house in Chichester, rather than a two-bedroom flat, has increased from an additional £100pcm a year ago to £150pcm now.

The continual landlord bashing in the media though, along with increased taxation and costly legislation (with harsh penalties for even an innocent oversight), has led many to conclude that being a landlord simply isn’t worth the hassle or risk. Fear over the ability of tenants to pay their rent as the full impact of the pandemic becomes clear has also spooked some to get out of property, especially those landlords who have calculated the financial bother they’d be in if they were to receive no income from their asset.

This is a key factor in what has led to such a heavy decrease in the supply of rental properties, as landlords are increasingly selling up. Until last year it was almost a no-brainer that when one set of tenants asked to leave, the landlord would instruct me to re-let the property. In the past six months though, several of my long-term managed properties have been sold instead of being re-let, whilst several other landlords have actively asked me to provide tenants with their notice so they can sell the property.

For now, most landlords seem not to be imposing rent increases on existing tenants who have been paying their rent and looking after the property. This seems a sensible approach and one I both promote and adopt myself (unless the rent is truly out of kilter with the market). I do wonder though how long it might be before some landlords’ generosity in this regard is broken by tenant groups continual (and often successful) lobbying against the private rented sector.

Meanwhile, Chichester’s sales market is booming. It’s no wonder many conveyancers, surveyors and mortgage companies are at breaking point, with a 60% increase in the number of properties showing as ‘sold subject to contract’ compared to a year ago. This is largely due to the rush to beat the impending stamp duty relief deadline, which is forecast to see property sales fall off a cliff in April.

It does make you wonder though if this incentive was necessary in the first place, when instead it is tenants facing a lack of supply and increasing rents who need the assistance most. To help tenants though it might be sensible to realise you have to help landlords first, which in turn will see an increase in the supply of property and with it, a halt to what could become a runaway train of rent increases.