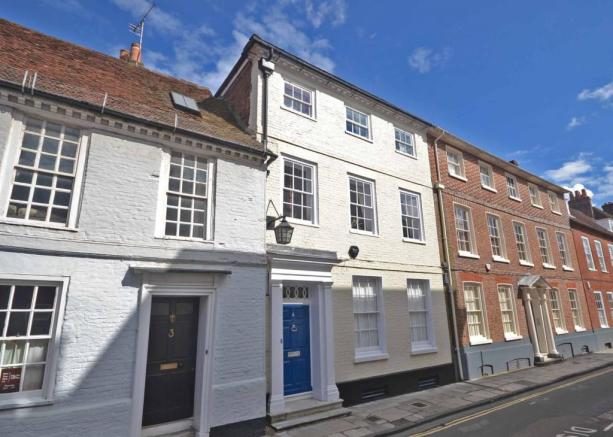 The average property price in the UK is £223,257, which is up 4.9% from last year. When it comes to Chichester’s property market though, we are very much above average in comparison to the rest of the U.K.

Currently on the market at this price range in Chichester you could purchase a two bedroom apartment in the gated development of William Cawley Mews just to the North of the city centre. Or perhaps a three bedroom semi-detached house in Parklands near the highly sought after Bishop Luffa School would suit the average family in Chichester.

Those searching for a new-build property could look at a three bedroom house in the Shopwyke Lakes development to the East of the city, whilst those who prefer an older property will find a series of three bedroom period properties close to the city centre for the price of the average Chichester home.

With Chichester’s average salary being £31,000 (only 10% more than the UK’s £27,600 average salary) it is clear that the average Cicestrian would struggle to afford any of those average local properties though.

In fact, with the average property price in Chichester being 12.4 times the local salary, Chichester is often cited as one of the most unaffordable places to live in the country.

This goes to show that it is very difficult for the average person to purchase a property in Chichester, leading to more people wanting to, or needing to, rent in the city. Between 2001 and 2011 the number of people renting in Chichester increased 25%!

The average rent in Chichester now sits at £1,000 per month, which is an increase of 5% compared to last year. At this price the average tenant could afford to rent an executive two bedroom apartment, a two bedroom starter house or a “cheap” three bedroom house. It also suggests that around 39% of a local employee’s gross salary is being spent on rent (this is slightly misleading of course, as many households will contain more than one breadwinner).

Revealed: Take a look at the most expensive streets in Chichester