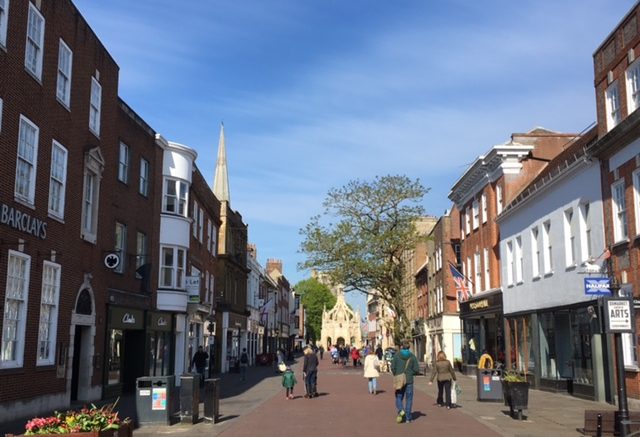 Dining, drinking and shopping. Those are three of the favourite things residents chose when quizzed about what they loved most about the city.

And in a poll carried out for the draft Chichester Vision – which aims to set out how people would like Chichester to evolve over the next 20 years – reducing traffic, supporting independent business and creating a more diverse night culture were all top of the public’s wish list.

The Chichester Vision brings together a wealth of ideas designed to attract inward investment and stimulate economic growth by making the most of its heritage and culture and to better meet the needs of its people.

Councillor Tony Dignum, leader of Chichester District Council, said the response to the public consultation was very positive. He added: “The consultation showed that more than three quarters of people who responded agreed with the overarching Vision statement, with people’s comments mirroring the ambitions and initiatives included under the different themes.

“When we asked what do people love about Chichester the top three things were shopping, places to eat and drink and pedestrianised streets. These were closely followed by parks and gardens, the theatre, Chichester Cathedral and the environment.

“This shows that there is a lot which is already good about Chichester and the Vision aims to enhance this to make the city even better. It is clear that supporting independent businesses, creating a better night time economy and reducing traffic are the things that people would most like to see achieved in their city in the future.

“The Vision is about making sure we enrich the lives of residents, workers and visitors. It will guide future economic and planning policy for the city and also influence how future budgets and resources are allocated. This will encourage inward investment and unlock other funding opportunities to ensure the economic vitality of Chichester.”

Around 500 responses were received during the six-week public consultation which began in February. All the comments have been reviewed and the draft Chichester Vision has been updated to take account of any new ideas and issues raised during the consultation.

The latest version of the Chichester Vision will be discussed at the council’s Overview and Scrutiny Committee which meets on 13 June. It will then be discussed by the Cabinet before it is expected to be formally adopted at the Full Council meeting on 25 July. It is anticipated that the Vision will also be adopted by West Sussex County Council, Chichester City Council, Chichester BID (Business Improvement District) and partner organisations and businesses.