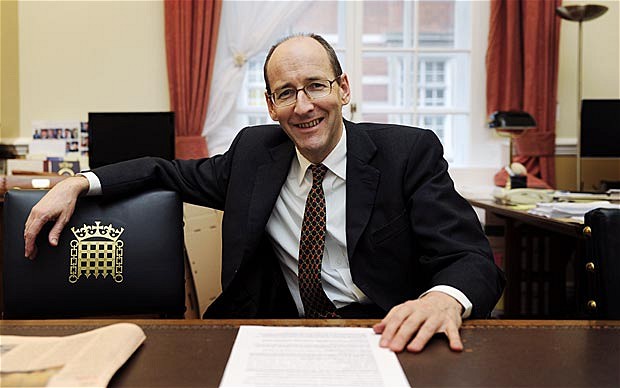 Chichester MP Andrew Tyrie has called for “transparency” in the decision making ahead of the selection of one of the preferred routes for the A27 upgrade.

Tyrie has written to the Chris Grayling, the Secretary of State for Transport, asking for the process to be on with clarity as the row rumbles on over the northern bypass or southern route options.

And he has asked that Highways England make clear the “assumptions they are using on the proportion of ‘through traffic’ on the existing A27, and the relative environmental impacts of the various options, as well as a full analysis of the costs and benefits. It should take into account evidence supplied by both West Sussex County Council and Chichester District Council”.

The letter, which has been published on the MP’s town website, is below:

I enclose correspondence from a large number of my constituents, who are – understandably – deeply concerned about the proposals to upgrade the A27. As you can see, there are strong views both for and against a new northern bypass, and other options.

While opposition to a route to the north of Chichester remains strong, I have received even stronger representations from those in Chichester and to the south about the process by which southern route options are being considered.

Transparency in the decision-making process is now essential. The first step must be for you to publish all submissions and conclusions from the consultation, which closed in September. The fact that they will only be published when Highways England presents its preferred option, which some will view as a fait accompli, has led many of my constituents to question the validity of the decision-making process.

Secondly, it is essential to demonstrate that the case for and against all the options has been thoroughly explained. This should cover the northern and southern bypass routes, which were set out in the preliminary consultation documents, but dropped prior to the formal consultation that began in March. As you know, I have been pressing for greater clarity and explanation for many months, latterly in correspondence. It is still much needed. In fact, it is needed more than ever.

Among other things, this should include clear statements of the assumptions that Highways England is using on the proportion of “through traffic” on the existing A27, and the relative environmental impacts of the various options, as well as a full analysis of the costs and benefits. It should take into account evidence supplied by both West Sussex County Council and Chichester District Council.

I appreciate that we are now approaching a point at which many millions of pounds could be committed to schemes to ease the unacceptable traffic problems on the A27. However, there has been a considerable loss of confidence in the decision-making process, and confidence can only be restored if there is full transparency before any firm decisions are made.

Many constituents argue that this will require another round of consultation on all possible options, which could take some time. We certainly do need a comprehensive comparison of all options. You should be in no doubt about the strength of feeling on this. Were a further consultation to be undertaken, it would be crucial not to permit any consequential delay to serve as an excuse for Chichester to lose altogether funding from Highways England to ease congestion.

I have come to these conclusions having listened carefully to the huge number of representations that have been made to me in recent weeks, and only after careful thought.

I will place this letter in the public domain, and copy it to constituents who have written to me recently on this vital issue.