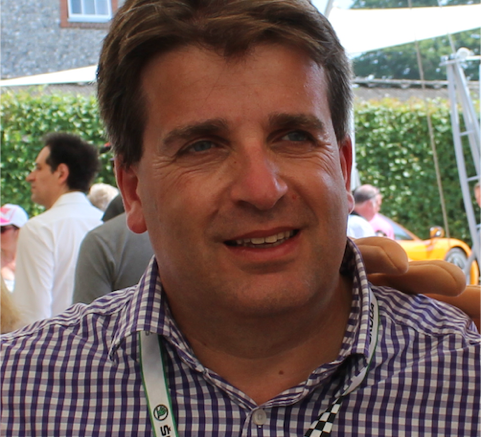 Chichester business whizz Dr Andrew Clegg reckons victory in the America’s Cup by Sir Ben Ainslie could generate as much as £140million for the south coast economy.

The potential economic impact of the sail ace winning the competition on Portsmouth and its surrounding regions, a study by the University of Chichester has revealed.

The report assessed the monetary value of Sir Ainslie’s Land Rover BAR team finishing first and returning the event to their base at the south coast city. Challengers of the 35th America’s Cup, which is the world’s oldest international sporting competition, will set sail tomorrow (Saturday 27 May).

The research was undertaken by principal lecturer Dr Clegg, who specialises in tourism management at the University of Chichester’s Business School.

He said: “The £140million figure is a conservative total as the actual impact will depend on how effectively the public and private sectors come together to deliver the returning event. Trying to establish the value of an event of this magnitude is always problematic due to the number of variables that would influence the overall economic impact.

“Any impact must also mitigate against any potential displacement of economic activity that would take place in Portsmouth anyway.”

The research report by the University of Chichester forecasts the economic impact of hosting the returning victory event will generate at least £24million for the south coast economy, with more than £50million be spent by Land Rover BAR should the team stay in Portsmouth for the minimum two-year tenancy.

Dr Clegg added: “The total value could be £140million but would likely exceed that figure. There is also the impact of placing Portsmouth and the wider Solent region on the world map during the event and the influence of this on place-promotion and marketing.”

Find out more about Dr Andrew Clegg and his research into the economic impact of tourism across the south of England at www.chi.ac.uk/staff/dr-andrew-clegg.