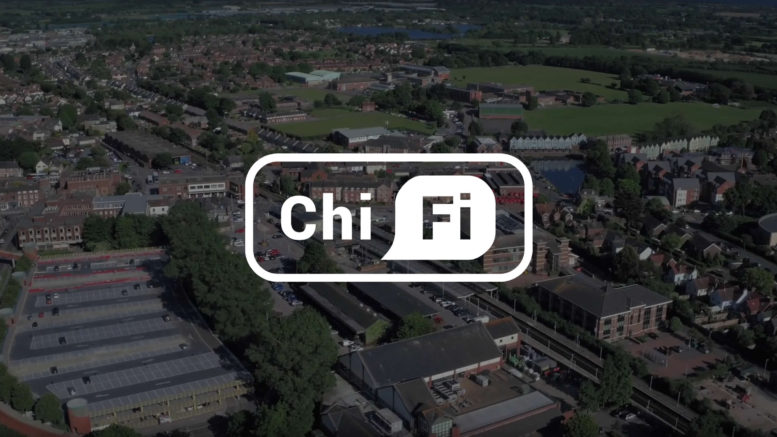 Frustrated mobile phone users desperately unhappy with the poor signal connection in parts of Chichester have been told a much-needed solution is at hand.

That’s because tech experts are set to come to their rescue by offering a new free Wi-Fi service to cover North Street, a notorious black-spot for residents on their handsets.

It’s a familiar pattern for folk chatting to friends as they go about their business in the city centre; half way up North Street they are met with stony silence from the other end as the call cuts out, or they can’t get 4G or Wi-Fi.

Many of Chichester’s historic buildings are made of flint and have slate roofs, which mean getting a signal can prove exasperatingly tricky. And up until now no-one has offered an answer to the problem.

Now that is all about to change thanks to Chi-Fi, an exciting new initiative from two forward-thinking Chichester businesses. Bosses at Blaze Wireless and Falbros Media Group (FMG) — owners of Chichester News — have joined forces to deliver a solution they believe boasts a wide range of additional benefits.

Henry Brown, Blaze Wireless director and founder, has teamed up with Ryan Ewen, to switch on Chi-Fi tomorrow (Friday) — and both of them admit they couldn’t be more excited.

Mr Brown said: “Cities around the globe are constantly looking for ways to stand out from the crowd, draw investments and serve their residents and visitors alike. Becoming a ‘connected’ or ‘smart’ city is a way of achieving just that.

“When, for instance, users log into cities’ WiFi networks and start looking up clothes or athletic activities, cities can push relevant discount coupons. WiFi marketing is an exceptional tool, especially when it comes to in-browser advertising that doesn’t require downloading any apps.

There is so much more to Chi-Fi than simply being able to carry on a conversation on your mobile phone, says Mr Ewen, FMG commercial director.

He explains: “Jobs will be created for students due to the financial benefits that local business will experience by having a connected community.

“Currently the internet connection is poor which means that there is no need for businesses to promote their website or social media as customers locally can’t access the internet. Think ‘click & collect’ where you can’t load the booking form to show the shop owner to collect your goods.

“Then there is education; some 60 per cent of graduates leave Chichester within three months of completing their degree. The remainder have left within two years as there are no employment opportunities. House prices are 15 times average annual salary which makes living in Chichester very difficult.

“Then take our community. Money needs to be invested In the community for it to thrive. Think youth club, think sponsoring local clubs to engage young people. Think youth club where troubled kids can get a bit of guidance which will reduce youth crime

“It seems to me that commercial and residential property is owned by a handful of people and investments companies that are happy with the status quo.

“Chichester District Council and Chichester BID work on enterprise solutions like redeveloping the south basin for around £2billion. But they don’t focus on grass roots.

“Everyone has a part to play to get behind this project so that Chichester can not only survive but flourish. Think of Portsmouth university partnership with IBM in the 1990s and the amount of development that is happening now.

“Chichester is beautiful, historic and truly unique – having the IT behind it will make it one of the most desirable places.”

If you like to learn more about the #chifiuk project – head over to www.chifi.uk