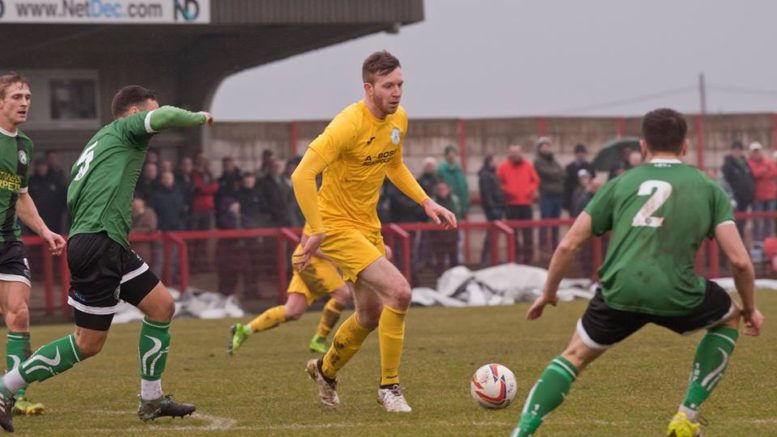 Jimmy Wild scored twice as Chichester breezed past Saltdean with a 3-0 victory in this entertaining SCFL Premier Division encounter.

With an attacking force comprised of such players as Wild, Scott Murfin, Scott Jones and Dave Herbert it’s important to find them so they can continue scoring goals, says City boss, Miles Rutherford.

“We’ve got a very attack-minded side. If you score more than the other side, then you’re winning games. And it’s entertaining. We’re also keeping clean sheets at times.”

This win for Chi takes them to third in the table on 50 points, with only seven points separating them from the top spot, occupied at the moment by Horsham YMCA.

Chichester will have a chance to close the gap at the top as they have three fixtures in the space of eight days. First, they host Crawley Down Gatwick tomorrow night, then Littlehampton on Saturday and finally Three Bridges next Tuesday.

Chances came and went for both sides in the first half, but neither side posed a real threat to the goalkeepers and they went into the break goalless.

Two minutes into the second half and Chi were ahead after Harry Williams delivered a brilliant cross that found Wild, who smashed the ball home.

The Oaklands Park outfit doubled their lead soon after as Herbert knocked a ball to the back post where Jones was on hand to nod the ball to Wild, who finished with ease.

With five minutes to go, Murfin and Wild were subbed off and replaced by Rob Hutchings and Kaleem Haitham.

The substitutes combined to bag Chi another goal when Hutchings hit a fine pass into the path of Haitham, who expertly tucked the ball away into the corner.