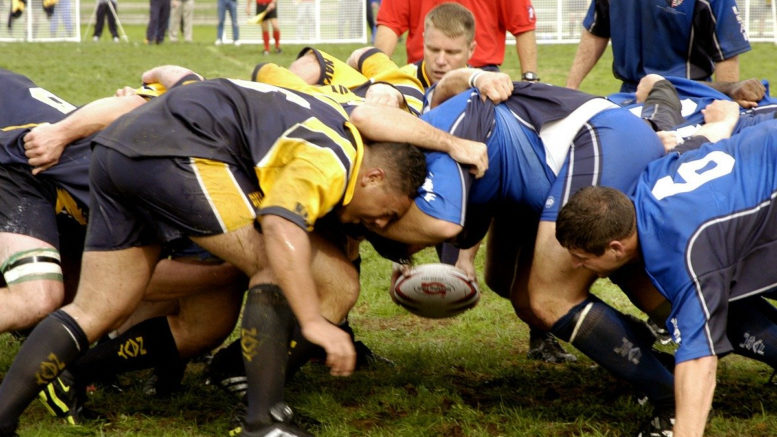 If ever there was a time for Chichester to take on what can usually be considered a strong Camberley outfit, then it was when the Surrey side pitched up at Oaklands Park last week with a good few decent players missing due to injuries.

Walking wounded aside, Camberley arrived in West Sussex in good spirts and justifiably so when you consider that they had managed to gain wins in the previous four outings. A strong side, a daunting task ahead, but the Blues were up for the fight from the very off.

Yet that the visitors arrived minus some key players must not detract from the magnificent victory gained by the home team — and a 27-15 triumph was very well deserved and went down extremely well with the supporters.

The arguably unexpected triumph against a team who are placed second in the London and SE One South division standings — the defeat meant they dropped to third spot behind table-toppers Havant and Westcombe Park in second place — gave Chichester a boost in confidence and they now look to the remainder of the season in the full knowledge that they have it in them to compete with the best in the league.

Chichester are now in seventh place in the league standings on 32 points — exactly half way in the 14-team table and with every reason to expect a surge up the positions as the remainder of the season unfolds. The team must go again this Saturday when they make the trip to London to face Belsize Park for a 2pm kick-off.

The hosts will no doubt prove to be a tough nut to crack as they sit ion fifth position in the league standings with 38 points. It is all to do for the visitors but, as they proved last time of asking, they are more than capable.

*Chichester second string enjoyed a win last time out when they won 25-17 on the Isle of Wight against Ventnor in Hampshire 1 division. The visitors are third in the table and the hosts sit in 11th place. And it seems that new recruits are always welcome for the seconds with an invitation to potential players: “Come along to Oaklands Park on a Tuesday or Thursday evening and meet the coaches and players.”

Meanwhile, the Chichester club also has a women’s team — which was formed back in the summer. The club’s website reports that training is held on Oaklands Park every Thursday evening and goes on to state: “All levels from beginners to experienced are welcome.”