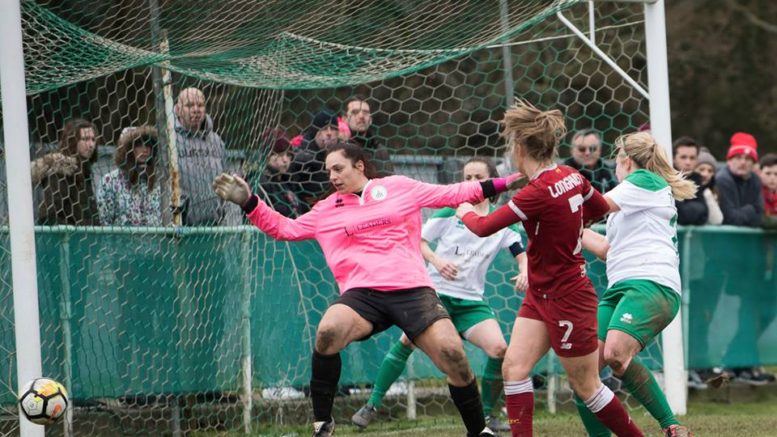 Sadie Wilson-Blakely was outstanding but Chichester City Ladies still suffered a 3-0 defeat to Liverpool Ladies in this thrilling fifth round tie in the Women’s FA Cup.

The Chi keeper kept the deficit to just three goals in this historic clash, but it could have been much more if not for the several top-class saves she pulled off against the Reds.

The game was attended by a record 1,300 people and the team’s performance was heavily praised by players and fans on social media. 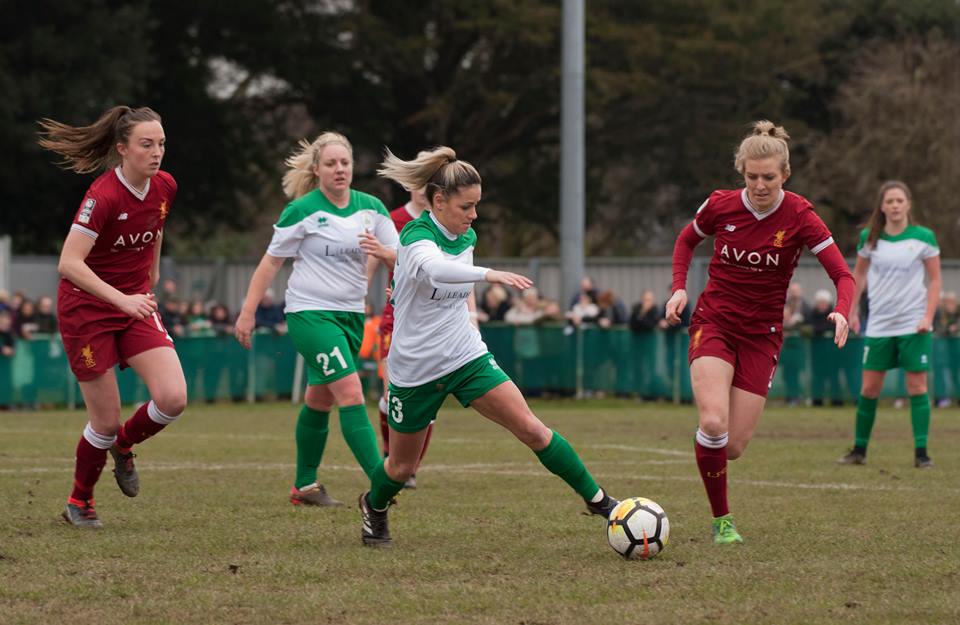 Chi defender Laura Ingram said: “We might have lost today but it was a great effort from all the girls! A big thank you to everyone working behind the scenes and for everyone coming to support.”

Striker Jade Widdows said: “So proud of the team, well done to LFC Ladies, 3-0 at the end of the day. We worked so hard, and just goes to show how far we’ve come as a club and as a team. There’s more to come… thanks to all our supporters.”

Ian Colban said on Twitter: “Fantastic show of effort and commitment from Chi Ladies today. Matched a top-flight side for most of the game. Next year Chi!”

The visitors’ Bethany England even stayed behind to take photos with the fans. She said on Twitter: “Sometimes football isn’t pretty, and today’s game definitely wasn’t! We got the result we needed and on to the quarter finals Big thanks to Chi Ladies for your hospitality!” 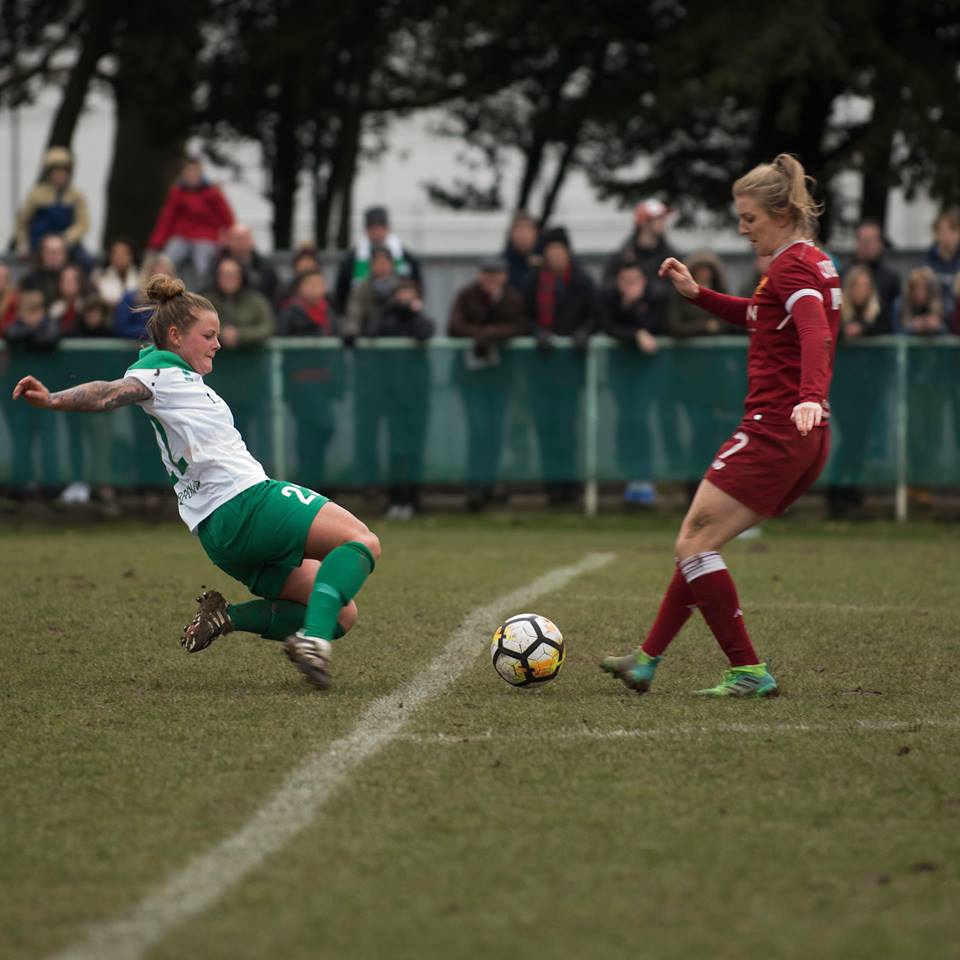 Since the draw a few weeks ago, the whole club has been excited for this tie, says Cherelle Khassal in an interview with Southwaves Radio.

Khassal was the one who earned Chi an extra half hour of game time after her equaliser against The New Saints in the fourth round. City were then victorious on penalties after a Jess Lewry winner.

The game got underway and the first real chance went Liverpool’s way when England went through on goal only to be denied by a good save from Sadie Wilson-Blakely. 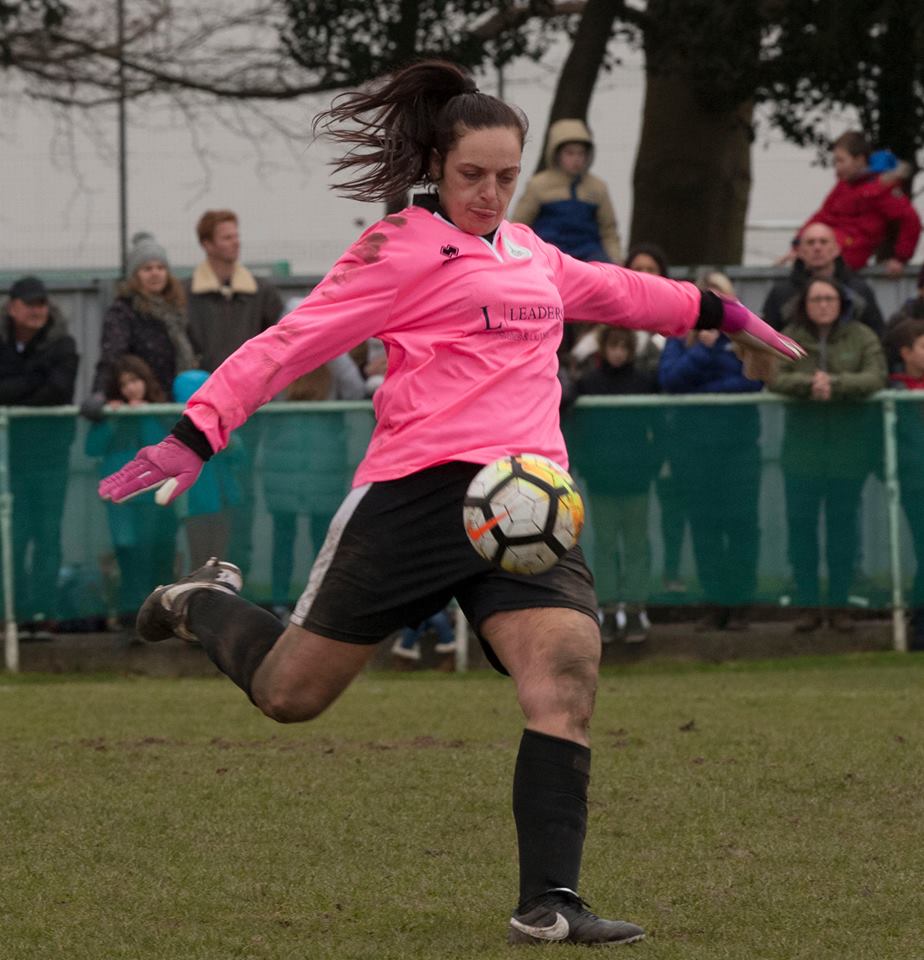 It took half an hour for the deadlock to be broken and the goal came when Liverpool broke forward and Rinsola Babajide comfortably tucked the ball away.

The visitors’ lead was doubled soon after when a coming-together in the box between Wilson-Blakely, a defender and goal scorer Ashley Hodgson ended with the ball in the back of the net. 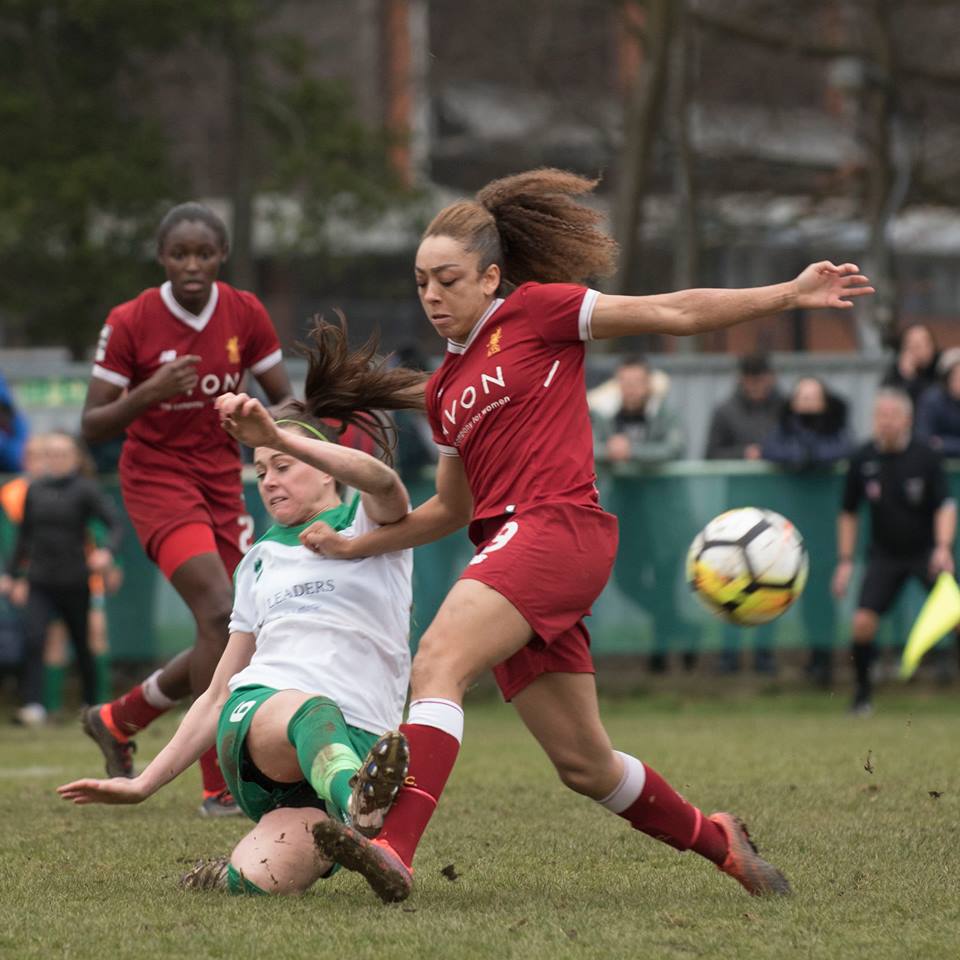 After the restart, the Merseysiders didn’t take long to extend their lead and England bagged the third goal of the day when she latched onto the rebound after a great Wilson-Blakely save.

The Chi shot-stopper is called upon once again, but she pulled off a wonderful save to deny England a second. Then she produced another fine save after a short free-kick from the Reds.

City put in a fantastic performance and battled to the end but couldn’t muster up a chance that tested the Liverpool keeper and time ran out for them. 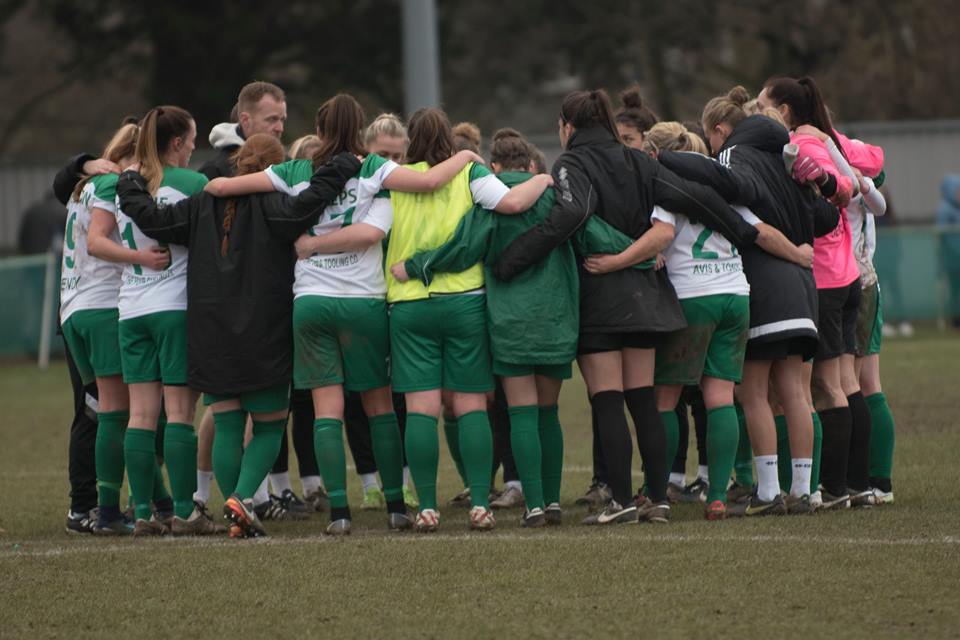 The Oaklands Park outfit now have a lengthy break until their next match when they travel away to West Ham in the league on March 11th.