Graffiti painted during Greece’s violent protests against austerity has been brought to the University of Chichester for a world-first exhibition.

On the Streets of Athens: Art, Protest, Political Crisis explores the use of street art as a means of political dissent, international solidarity, and support for refugees.

The showcase, at the Otter Gallery in Chichester, is based on the observations of its curators Professors Dick Ellis and Hugo Frey of the University who visited the capital city to document the artwork and talk to residents.

“This exhibition seeks to reflect this breath-taking complexity, as austerity-gripped Athens became the most exciting city in the world for graffiti art.” 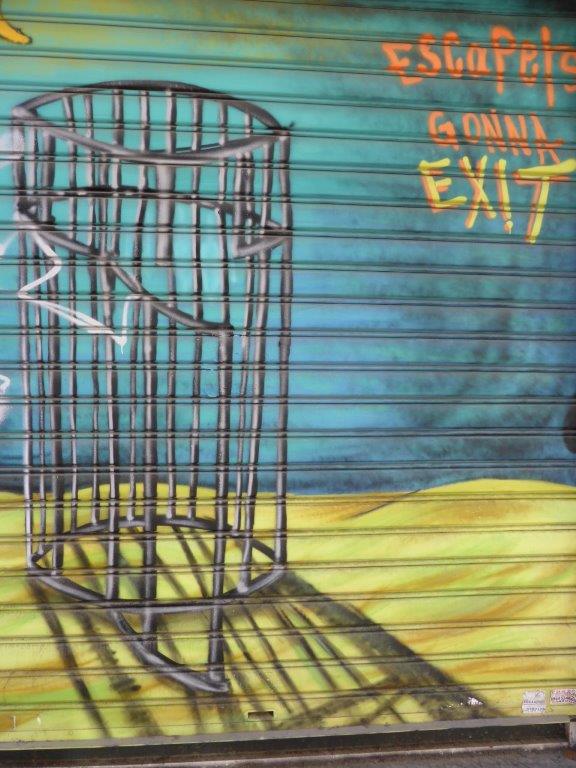 As the curators walked Athens they encountered a city in turmoil: closed shops and businesses, rough sleeping, strikes, protests, resistance, and police action.

But above all they noticed an overwhelming proliferation of graffiti on buildings, walls and streets, and began to record these on their smartphones and cameras.

Professor Frey added: “So multiple are the cross-overs and the layering in the graffiti that at times any distinctions become all but erased.

“Given this complexity, the images in the exhibition remain somewhat impressionistic.

“This underlies our decision to present the images primarily in the form of three synchronized projections of 123 photographic images, exploring three key aspects to this complexity.

“The first as street politics, the second as political art, and third as graffiti as art.”

The exhibition, which runs until Thursday 15 April, is hosted in the University’s Otter Gallery at its Bishop Otter campus in Chichester, West Sussex, PO19 6PE.

A series of talks from visiting guests and lecturers will accompany the exhibition.

Cut to Nina! She enjoys brush with success and is named student of the year thanks to flair with hair

Come dine with us! Students happy to make a meal out of dishing up sumptuous food for guests