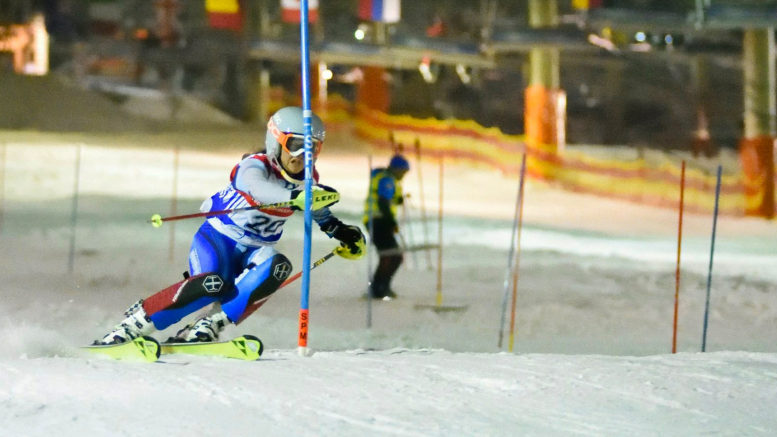 Gold medal-winning skier Zoe Karavasili has spoken of how she overcame two serious knee injuries to finish first at the British indoor championships.

Athlete Zoe, 20, a third-year student at the Chichester University, won the national under-21 competition in the summer after a four-year absence.

It was the undergraduate’s first major award of a career which was derailed by a severe anterior cruciate ligament knee injury in 2013 and again in 2015.

Zoe, who is studying for a BA (Hons) physical education and sports coaching degree at Chichester, said: “I had no expectations to win because it had been four years since I last raced indoors, so to finish in first place was a wonderful accomplishment.

“I won a silver in the outdoor British championships hosted in France earlier this year which gave me the confidence for the indoor championships.

“My knee felt fine having had three major operations since 2013 and winning the gold medal was particularly enjoyable as it happened on my 20th birthday.”

Ms Karavasili, who originates from Switzerland, began competitive racing at the age of seven having started indoor and outdoor skiing at three.

She holds the UK’s number one ranking in the under-21 age group following her success at the indoor championships, which were hosted in Manchester in mid-August.

The student, who trains at indoor ski slopes across the south of England, believes she can build on her golden success throughout the next year.

She added: “Hopefully I can continue my good form in the winter months and challenge at my next competition at the British ski championships in Italy.”