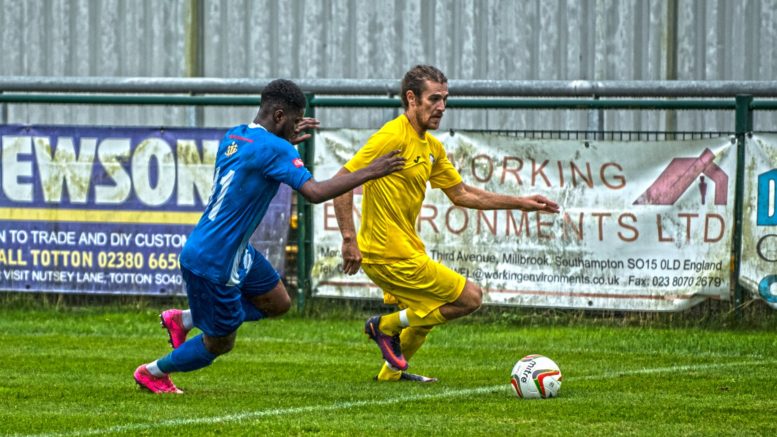 City boss Miles Rutherford wants his players to retain their winning ways when they host third-place Peacehaven & Telscombe this Saturday.

Rutherford praised his side’s recent run of form and also paid special mention the club’s supporters. He said: “We’re in a good run. That’s three wins, three clean sheets and three games where our fans, the Chi ultras, have made a real difference. Let’s hope we can take this into the Peacehaven match”.

It’s anyone’s league at the moment with only four points separating first from fourth. City sit in second with 31 points, only three away from leaders Haywards Heath.

Chi have played more games than the other teams around them, so maintaining their winning ways will be vital for success in this campaign.

The hosts created plenty of chances; Dan Hegarty headed just over from close range, Dave Herbert ghosted past three defenders only to have his effort hit an opponent to go out for a corner and Lorenzo Dolcetti’s shot went just wide of the mark.

Jones opened the scoring around the half-hour mark when he went through on goal and lifted an audacious chip over the keeper and into the back of the net.

The hosts extended their lead when substitute Kaleem Haitham controlled the ball well and thumped the ball in off the woodwork.

Jones added a third goal, smartly tucking the ball away with less than 10 minutes to go. Josh Clack finished the visitors off with a goal deep into added time.