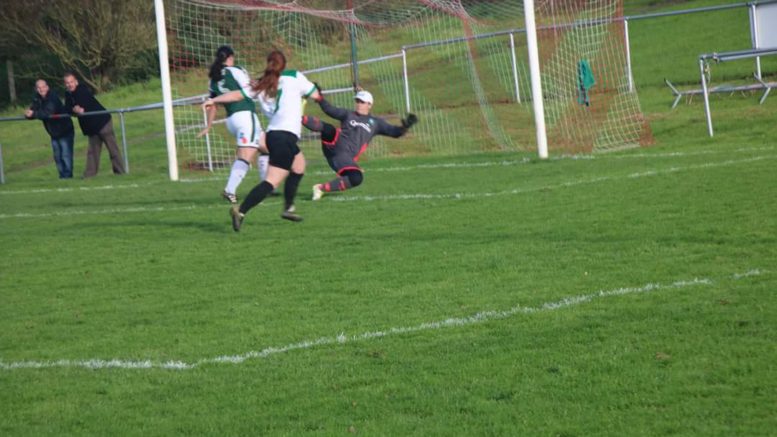 A Jade Widdows goal wasn’t enough as Chichester City Ladies were outclassed in a 3-1 defeat at Plymouth Argyle Ladies. The hosts avenged a double defeat against Chi last season and progressed to the next round of the FA Women’s League Cup.

The visitors faced a long journey home but will look to bounce back and put this result behind them as they continue the league campaign with an away trip to 11th-place QPR on Sunday.

City were still missing their biggest weapon, Charley Wilson-Blakely, so it was up to the reliable Cherelle Khassal, with the support of Jess Lewry, to create some chances.

Both teams started strong and were eager to open the scoring, but it was Argyle who did when 2016 FA Women’s player of the season, Natasha Knapman, scuffed a shot that squeezed under the Chi keeper, Sadie Wilson-Blakely.

Chichester got themselves back into the game at the perfect time when Widdows smashed a shot into the roof of the net right before half time.

The host started the second half well, almost extending their lead immediately, but the shot was well saved by Wilson-Blakely. Lewry replied for Chi with an agonisingly-close chipped effort rolling just past the post.

Plymouth added a second goal on the hour mark when Tori Marks charged into the box and scuffed a shot that found its way into the back of the net. Knapman secured the win for the hosts when a well-saved rebound fell to her feet and she slotted it away.

Meanwhile, the development squad won 1-0 away to Bexhill United Ladies; Gemma Halford with the goal.