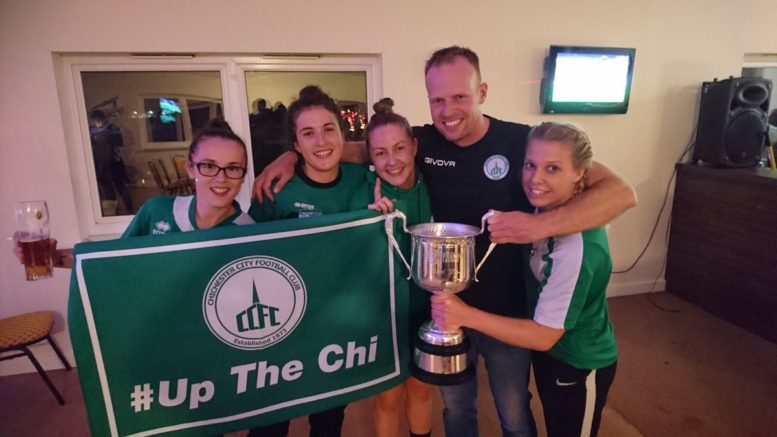 Champions Chichester City Ladies will be mixing it with big guns such as Portsmouth, Charlton Athletic, Cardiff City, Crystal Palace after winning a place in the Premier League Southern with a 10-0 thumping of St Nicholas at Oaklands Park.

The joyous City slickers, managed by Liam Greenfield, racked up a 10-goal halt confirm their FA Women’s Premier League South West Division One title win against the visits who could only muster nine players.

They will will now play their football in the third tier of English women’s football next season following their 20th victory in 21 league games this season.

In front of more than 200 fans cheering them on, City settled into their stride and ran out comfortable winners to seal the deal and take their season’s goal tally to a whopping 118.

Jess Lewry bagged a hat-trick before the break and a double from Molly Clark boosted the scoreline, as did goals from Chloe Dowdell, Charlie Wilson-Blakely, Becky Barron, Laura Cheshire and Lucie Challen.