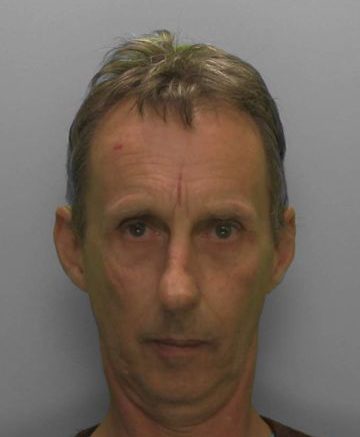 A Chichester man has been jailed for six years after attempting to meet a young girl for sex. Stuart Hope-Kirk, 55, was sentenced after being caught by a so-called “vigilante hunter group” called Silent Justice.

The unemployed man, of Lennox Avenue, Chichester, is behind bars after one of the groups members posed as an 11-year-old girl called Petra.

He was sentenced to a total of six years imprisonment when he appeared at Portsmouth Crown Court on Friday (13 October).

He also received an additional one-year sentence for breaching a suspended sentence imposed at Lewes Crown Court in 2015 for a fraud offence.

Detective Constable Jon Tizzard said; “Hope-Kirk will be a registered sex offender for life and was also given a Sexual Harm Prevention Order (SHPO) to last until further notice, severely restricting his access to children and computers.

“He was arrested in Chichester on 16 August after officers were called to Spitalfield Lane where he had gone to meet what he thought was a 11-year-old girl he had met via the internet. In fact he was met by a group of adults, who contacted the police.