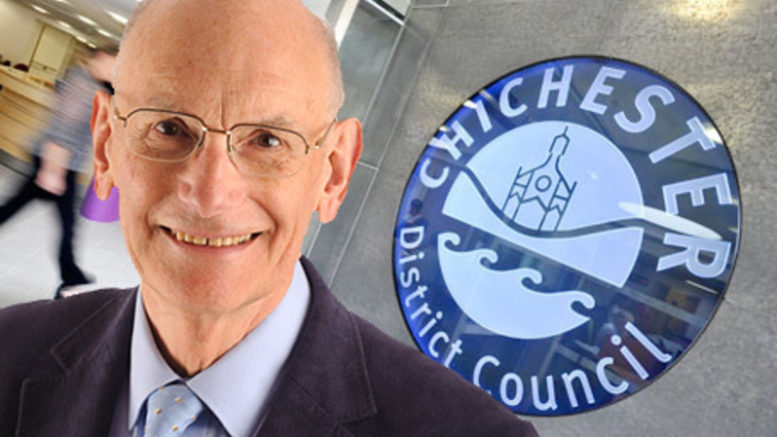 Council chief Tony Dignum believes Chichester will be transformed after the green light was given for the biggest regeneration project that the city has seen for decades.

He was speaking after councillors approved the city’s Southern Gateway masterplan and accompanying delivery plan, which will see the southern area of Chichester converted into what is hope to be a vibrant and attractive new quarter.

The area will feature new homes, business and retail space, leisure and tourism facilities, improved transport links and a focus on cycling, walking and public transport as well as public space enhancements and landscaping.

Mr Dignum, leader of Chichester District Council, said: “The Southern Gateway is the flagship scheme for the Chichester Vision, looking across the next 20 years to see how the city centre can be enhanced, while at the same time protecting our heritage.

“As part of the Chichester Vision, people said they wanted to reduce traffic in the city and create a more diverse evening culture. The Southern Gateway will help to meet these ambitions.

“We are aiming to help boost local jobs and the economy and we hope the gateway project will attract high growth, high value sectors such as finance, digital, pharmaceutical and creative industries.

“The idea is to make the area look more attractive and welcoming to people arriving in the city and make the canal basin feel more integral to the city centre.

“It’s going to take time to deliver this project but it’s a very exciting time and we hope the first sites will be released into the scheme by March next year.

“We are then aiming for the first planning application to be submitted late 2018, with work starting in June 2019. We will keep members of the public informed and people will have the opportunity to provide more input in the run up to selecting a developer, and when the planning application is submitted.”

A key feature of the transformation will involve helping reduce the dominance of traffic in this part of the city with the aim of better connecting the city centre to the canal basin and public transport hubs.

This will be achieved by limiting vehicle access across Stockbridge Road to buses and improve access for cyclists and pedestrians.

Basin Road will also be realigned to create a new junction on Stockbridge Road while pedestrian access around the southgate gyratory will improved by carrying out work to reduce the width and number of lanes.

A masterplan takes an overview of a development area and sets out the general principles for how that area should be developed and the range of uses that are acceptable. As the scheme takes shape, detailed planning applications will be submitted and the public will have the opportunity to have their say.

And Mr Dignum added: “By drawing up a masterplan, the site will be developed in a strategic rather than piecemeal way. Because the landowners are working together with council input, the project will also help attract public funding.”