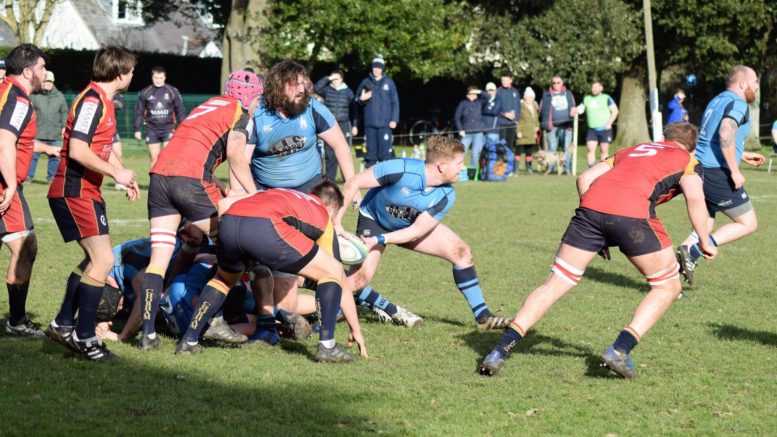 Harry Seaman scored two tries as Chichester bounced back from their recent defeat to beat Chobham 37-19 in this entertaining London & SE Division match.

This is only their second win of 2018 so far, with the other coming at the end of January against Gravesend, but Chi were able to pick themselves up from their recent loss to Thurrock and earn a victory.

Chichester are currently sitting fourth in the table after this win, on 66 points, and they trail third-place Havant, who are on 79 points. 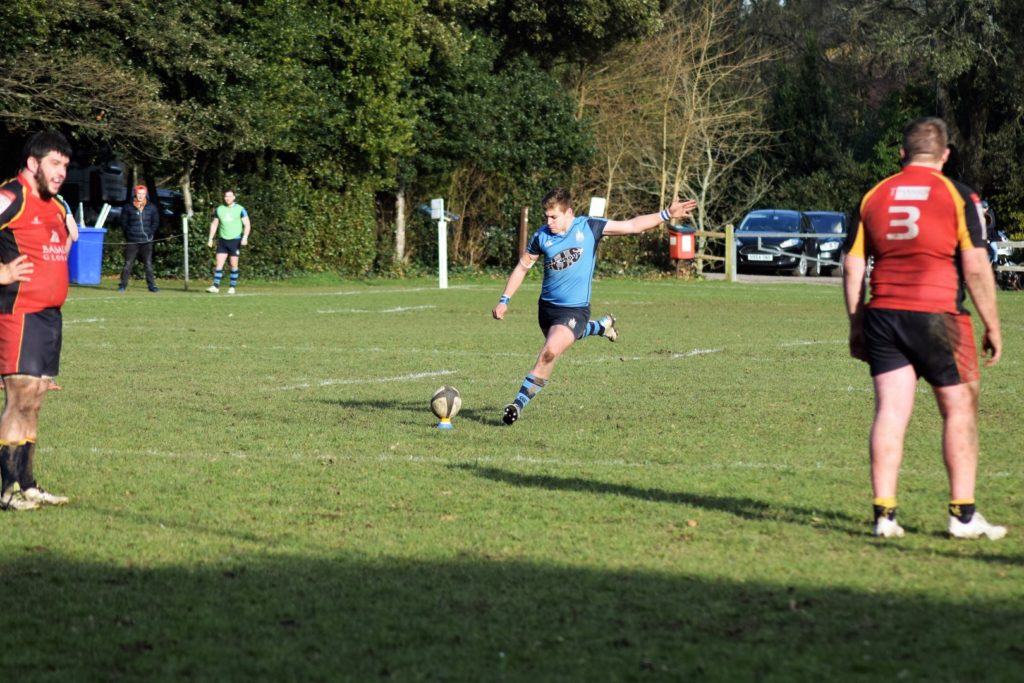 Chi now have another week off and will have to wait until March 3rd for their next fixture which sees them make an away trip to London Cornish, who are currently eighth in the league.

The Blues made several changes to the team that lost against Thurrock including; teenager Jack Martin who was making his senior rugby debut, as well as Lewis Sampson, who was on the bench. 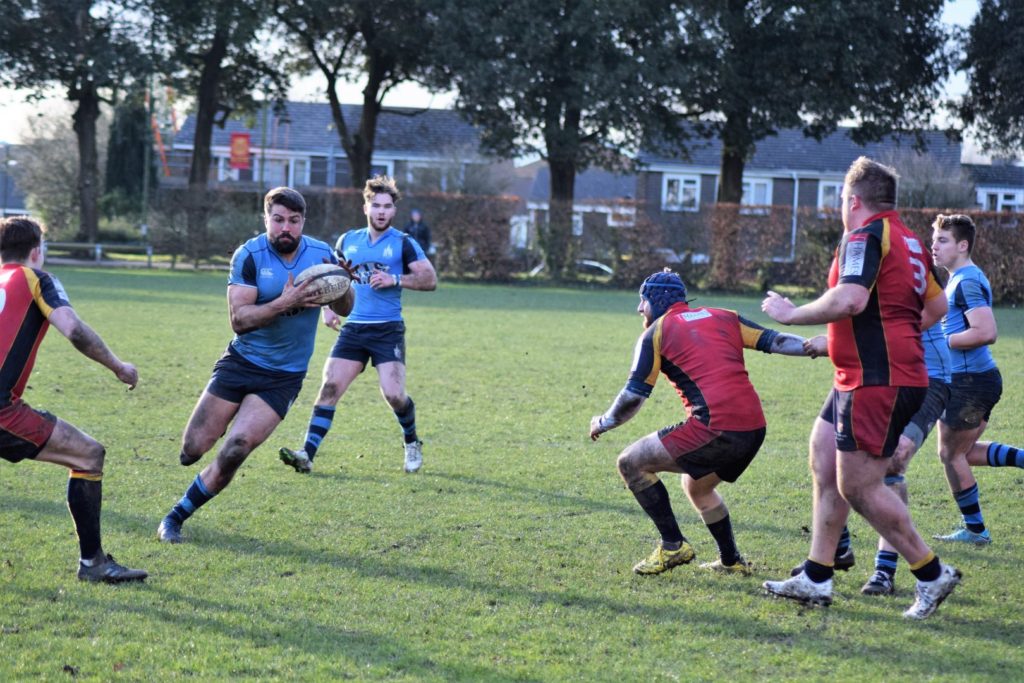 A quarter of an hour was all that was needed before the deadlock was broken when Seaman pressed down for his first try of the day after a successful maul.

Chichester went through a number of phases of play before the next try came but the breakthrough arrived in similar fashion to the first try. A maul resulted in a try scored, this time from Jack Arden-Brown.

With halftime approaching, a wayward pass from Chi resulted in the visitors collecting the ball and running to the line to score. However, Chi edged further ahead when Martin scored a penalty. 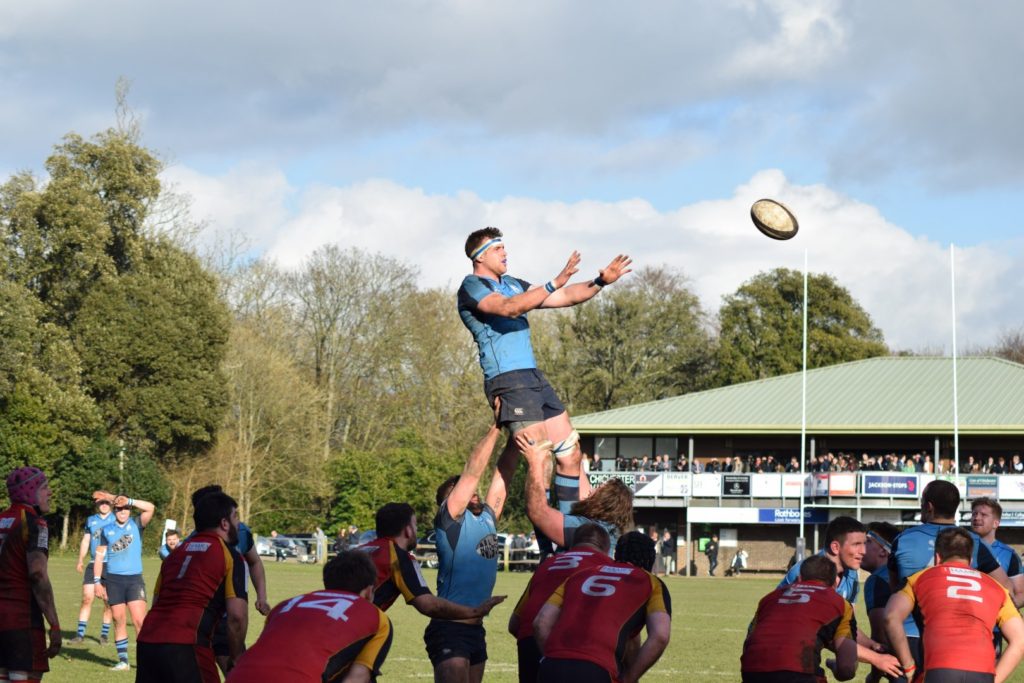 Chobham’s halftime team talk clearly worked because after the restart, Chi were held in their own half for 15 minutes with Sam Renwick and Jack Hamilton-Fox doing their best to stop the visitors from scoring.

Chichester broke through into Chobham’s half of the pitch and a good pass from Martin to Adrian Lynch and then onto Hamilton-Fox ended with a try scored making the score 20-7 to Chi.

Chobham got themselves a try back after they charged down a Chi clearance kick, but the day got worse for them as they infringed in front of the posts and Seaman took a quick penalty and went across to score his second try of the game. 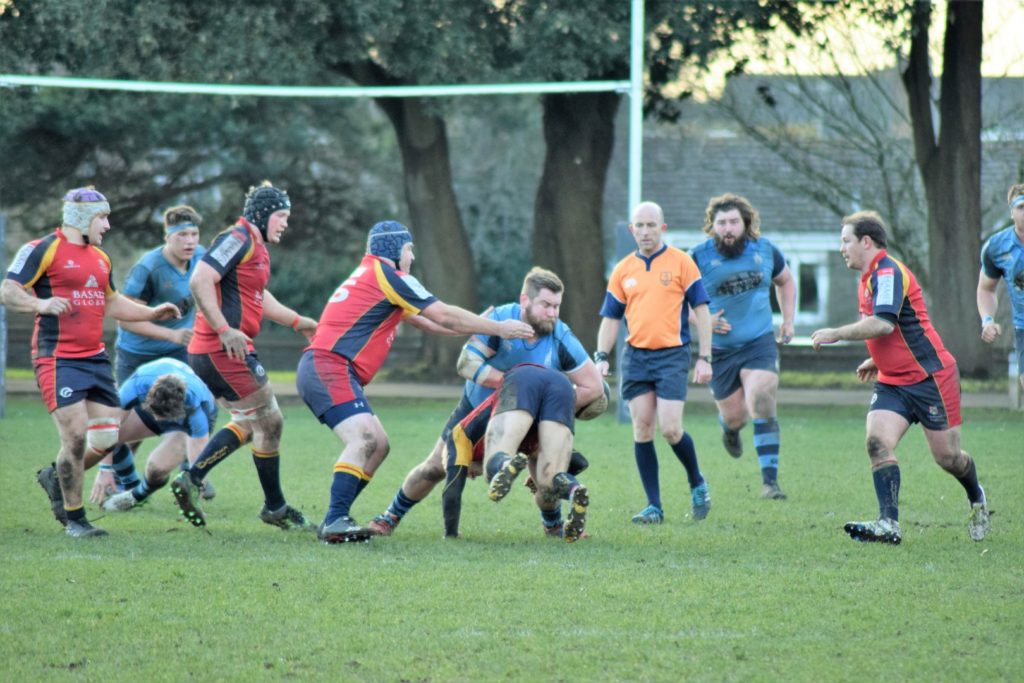 Chris Johnson charged forward with the ball and offloaded it to Toby Golds and the result of this phase of play ended in a lineout. The ball was overthrown by Chobham and Nick Blount collected the ball and scored.

Dane Gingell wanted in on the action and broke out of the maul and sprinted across the line to make the score 37-14 to Chi. Chobham got themselves a try back but it wasn’t enough, and the Blues saw the game out.