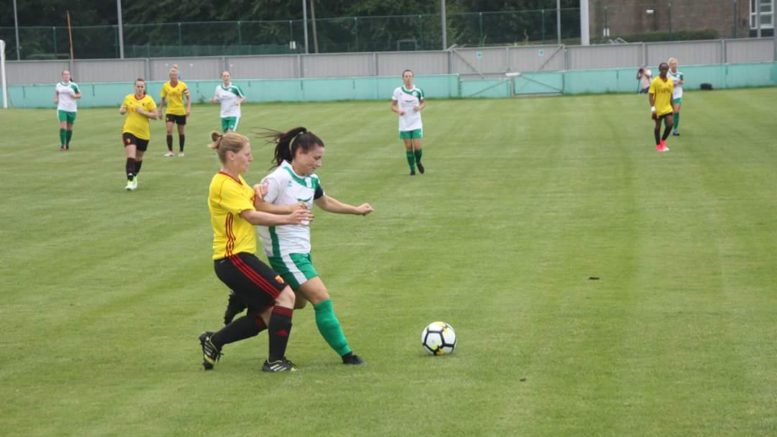 Chichester City ladies slipped to a 2-0 defeat at the hands of Watford Ladies in a pre-season friendly match thanks to goals from Anneka Nuttall and Leah Cudone.

The Hornets play in the FA Women’s Super league which is one division above City, who had to cope without injured stalwart Emma Alexandre and Sadie Wilson-Blakely.

Both sides went at it hammer and tongs from the off at Oaklands Park, with both looking to gain an early advantage, and Chichester more than handled themselves against their illustrious opponents.

With the two-pronged attacking duo of Cherelle Khassal and Charley Wilson-Blakely looking dangerous for the hosts, the Hornets had to be on top of their game in the opening quarter and were able to snuff out any chances that Chichester could create.

Kerry Ryan created the best opening for the home side in the first half when her free-kick, delivered with pace, was met with a Jess Lewry header that flew just wide of the mark.

Watford found a way through before the break when Nuttall produced a calm finish past the stranded Shine. After the break the excellent Lucie Challen denied the visitors at the back stick before Chichester had the best chance of the game. 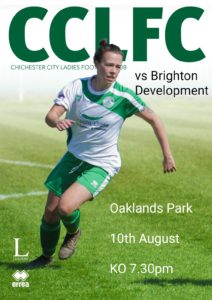 Ryan pumped a free-kick into the danger area and the ball fell, eventually, at the feet of Lewry who spun into space but saw her effort thwarted by an outstanding save. The rebound fell kindly for Khassal but her effort was well gathered too.

Watford doubled their lead just minutes later through Cudone. Overall both teams came off at the final whistle with differing emotions. Chichester must have been encouraged by their performance whilst Watford left a little frustrated by theirs.

Chichester host Brighton and Hove Albion Development on Thursday and another testing fixture can be expected as the start of the new season looms large over the horizon.