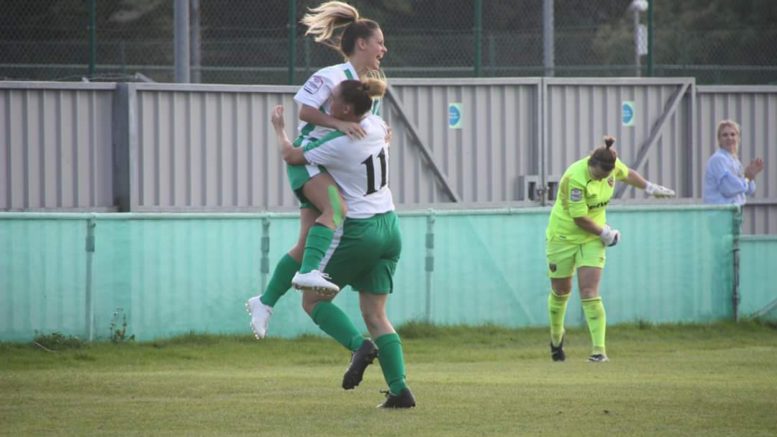 A goal each from Cherelle Khassal and Jade Widdows ensured the hosts delivered a thrilling spectacle at Oaklands Park.

This electrifying win will boost Chichester’s confidence as they travel away to south-coast rivals Portsmouth on Wednesday, in their first competitive match against each other. They then host Lewes on Sunday.

The Hammers caused problems immediately with some confident passing and multiple opportunities, that ultimately came to nothing. Emma Alexandre and Tiffany Taylor denied any chance of an early goal with some solid defensive work.

After a lacklustre first half, Chi were straight out of the gates with a goal from Khassal. Forcing the keeper into clearing her lines straight into the back of Khassal, who was able react and slot home the opener.

Wilson-Blakely doubled the lead with a fine effort from distance that sailed over the keeper into the back of the net. She then secured her second of the game with another superb effort, this time a half volley that flew past the keeper.

After threatening West Ham’s defence with some good searching balls, super sub Widdows added the final blow with a hard-driven strike from the edge of the box.

In the next two fixtures Chichester will face the two teams that are currently either side of them in the league, seventh-place Portsmouth and fifth-place Lewes.

With thanks to Alan Price.