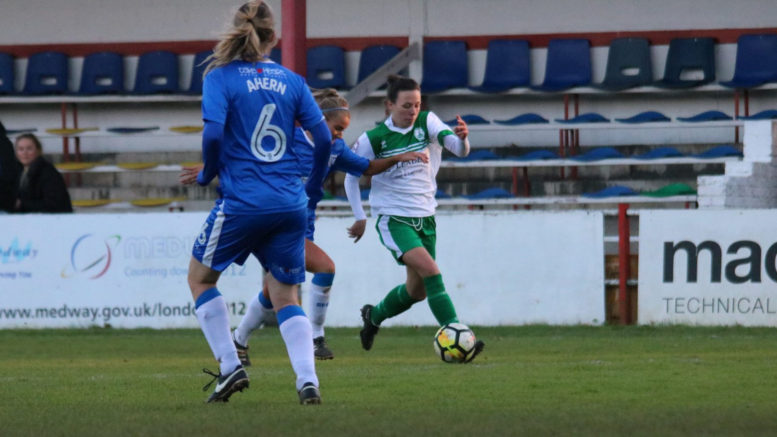 There were goals galore in Chichester City Ladies’ demolition of Gillingham Ladies thanks to a dominant display from the visitors earning them a thrilling 4-0 win in this FAWPL Southern Division battle.

This result has ended Chi’s win drought and has resulted in them leapfrogging Portsmouth into sixth place in the league.

The visitors made a solid start when Cherelle Khassal went close with a fierce shot, only to be denied by a good save from Gills keeper Courtney Shanly. 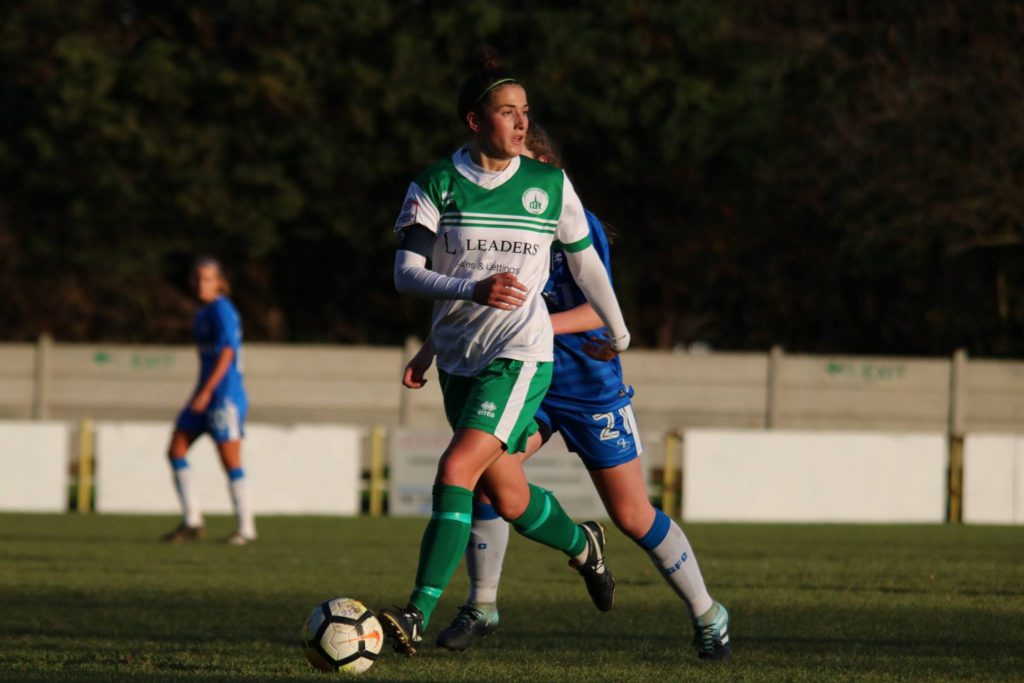 The deadlock was broken just before half time when Hollie Wride found herself with plenty of time on the edge of the box after a poorly-cleared corner. She controlled the ball and smashed it into the top corner.

City, and Wride, could have had a second when they received a penalty, but the midfielder blazed her effort high and wide.

The goals came thick and fast in a seven-minute spell. First, Jade Widdows fired her free-kick into the top corner from 30-yards out. Next Laura Ingram surged down the left wing and sent a cross into the box that turned into a shot after it missed everyone and found the back of the net.

And finally, Jess Lewry sealed the win when she hit a rocket into the roof of the net, giving Chi all the points in an impressive display.

Next up for Chichester is C&K Basildon, who make the trip to Oaklands Park this Sunday, in the second round of the SSE Women’s FA Cup.

Meanwhile, the u13s Greens won 6-2 against Eastbourne. The u16s lost 3-2 to Mileoak. The development squad drew 2-2 with Kent, with goals from Lucy Cook and Mikki Collins for Chi.