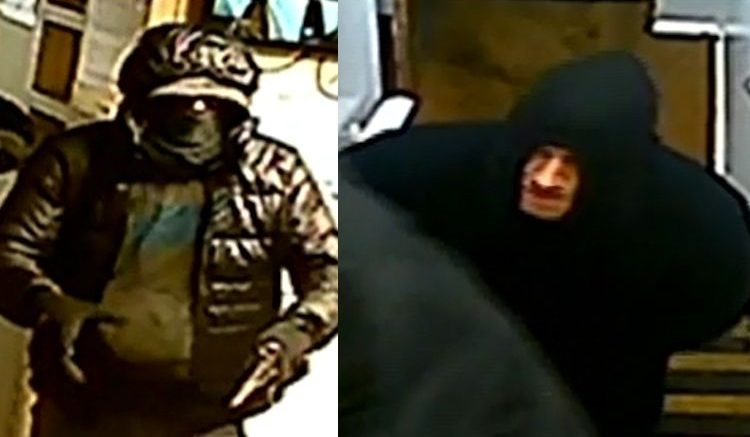 Masked men robbed a taxi company in Chichester in the early hours of Monday morning (27 February).

The suspects, who were both carrying large knives, walked in to the offices of ‘Starline’ in Market Road at around half midnight. They threatened a member of staff and demanded money before he was able to run out of the office and call police. No one was hurt.

Two men were then seen leaving the taxi firm a short time later with the company’s safe. They are said to have ran across the road to the Cattlemarket Car Park.

One of the suspects has been described as a white man, 5’10” in his mid twenties and of average build. He was wearing a dark coat with a hood pulled up and a dark scarf covering his face.

The other suspect has been described as white, 5’10” and wearing dark clothing.

Now police are appealing for witnesses. An officer said: “We have released CCTV images of two men we would like to speak to in connection with this robbery.

“If you recognise the men, or saw anything suspicious in the area, then please get in touch quoting reference 12 of 27/02.”