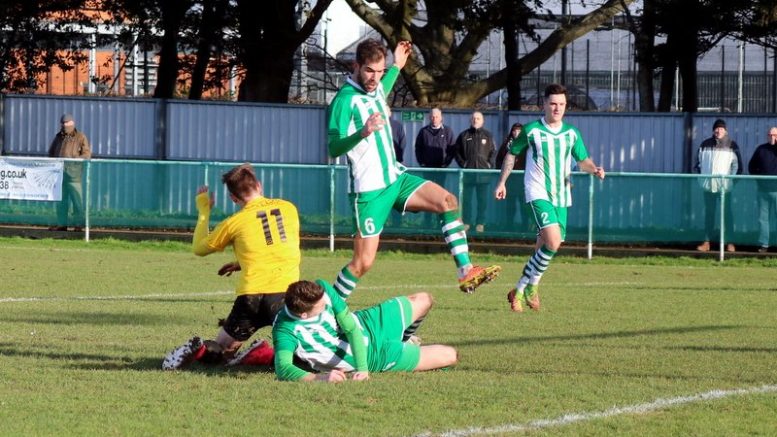 Chichester failed to close the gap on leaders Horsham ahead of their clash this weekend after suffering a defeat to bottom-of-the-table Littlehampton in the SCFL Premier Division.

A win here, as well as one in tonight’s now-postponed game with Three Bridges, could have put them three points behind the table-toppers before Saturday’s match.

Chichester are currently sitting in third spot on 53 points, seven points behind Horsham, with 10 league games remaining and they will need every point available to challenge for the league.

The last time these two teams met in the league, Chi ran away with all three points in a 3-0 win, but this time Littlehampton were out for revenge.

City were in trouble early on when keeper Ant Ender got a hand to a Littlehampton shot and required the help of Ellis Martin to clear the ball off the line.

The home side had a good chance when Jimmy Wild, who has scored six goals in his last three games, had his headed effort tipped onto the bar by keeper Jack Collins.

Steve Herbert, brother of Chi’s Dave, broke the deadlock right before the break, comfortably slotting the ball past Ender and into the back of the net.

Chances came and went for both sides and Chi were unable to break the resilient Littlehampton defence down.

Kaleem Haitham, on for Kieran Hartley, sprinted away and found Scott Murfin in the box and the forward was brought down attempting some skill.

Martin stepped up to the spot, but his penalty was pushed round the post by Collins and time was indeed running out for Chi.

City managed to muster up a couple more half chances, but it wasn’t enough, and Littlehampton were able to see the game out.